Nicol David named Greatest Athlete of All Time in The World 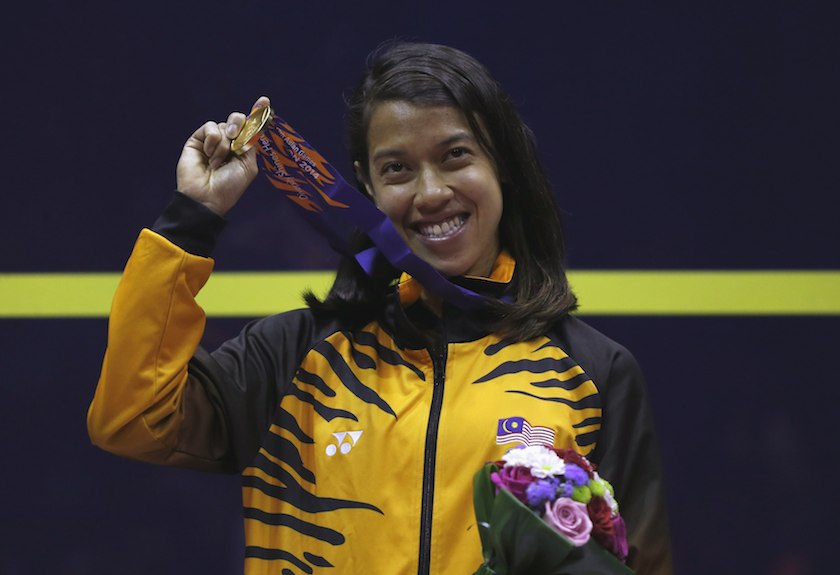 PETALING JAYA: Eight-time World Champion Nicol David (pix) has been named as The World Games greatest athlete of all time after topping a poll conducted by the International World Games Association (IWGA).

Held between Jan 8-Feb 1 via The World Games website, the poll featured 24 of the finest athletes ever to appear at The World Games, a multi-sport event held every four years.

Nicol finished top with 318,943 votes from fans, over double that of her nearest competitor, Irish tug of war legend James Kehoe. With 1,204,637 votes cast in total, 26 per cent of the votes went to the Malaysian superstar.

The 37-year-old from Penang, is one of the greatest squash players of all time and won a trio of World Games gold medals in addition to a bronze.

She also enjoyed an unprecedented nine-year reign at the top of the World Rankings between 2006-2015 and lifted two Commonwealth Games gold medals, five Asian Games gold medals and five British Open trophies during her distinguished career, which came to an end in 2019.

“It’s a huge honour to be nominated by The World Games for the Greatest Athlete of All Time and to gain so much support from everyone in Malaysia and the squash community,” said Nicol.

“It came as a surprise to see me amongst these other top athletes and I’m grateful for this... hopefully it can elevate the attention for the future of squash and it’s a proud moment to represent my country and Asia.”

WSF President Zena Wooldridge said: ”Nicol has beaten a number of distinguished athletes to first place and her victory is recognition of a wonderful career that saw her break numerous records and win everything there was to win in the sport.

“Not only is Nicol one of the greatest athletes of all time, she is also a tremendous role model for thousands of people across the globe and a true ambassador for our sport. I’m also delighted to see the support Nicol enjoyed from our passionate and loyal squash community and we are all proud to see Nicol named as The World Games Greatest Athlete of All Time.”

IWGA President José Perurena said: “I would like to warmly congratulate Nicol David for the victory in The World Games Greatest Athlete of All Time poll. Nicol David is an inspirational athlete, and a fine role model for younger athletes.

“The race was incredible, and it was good to see how athletes, including David, got support not only from their own sport, but also from their country and the highest sports authorities there. Sports really unite people in a special way. This vote was a celebration of that.”