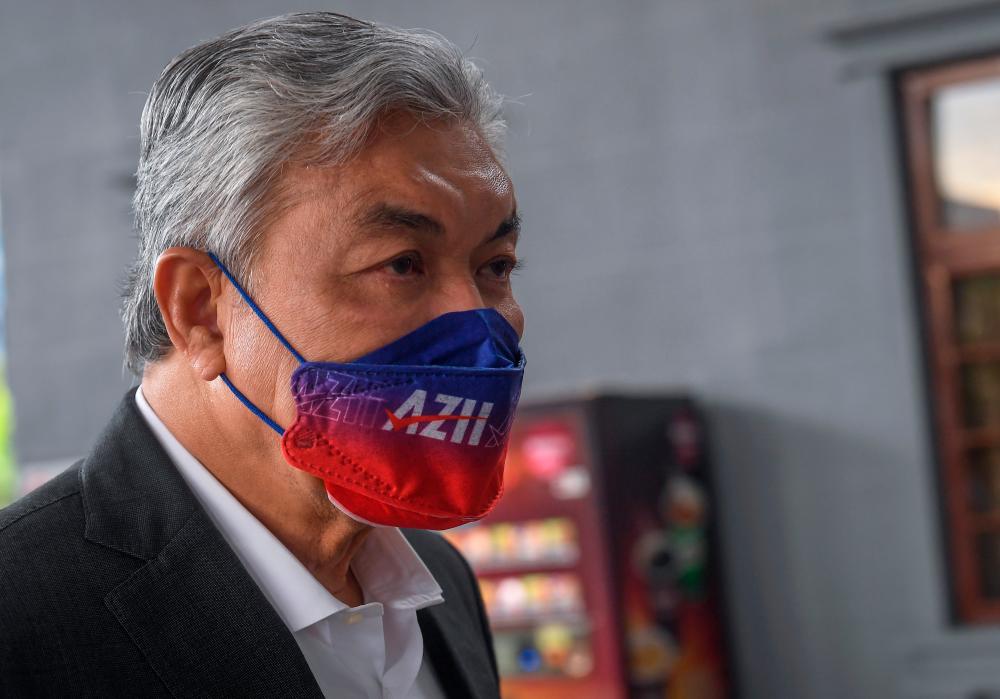 MELAKA: Umno president Datuk Seri Dr Ahmad Zahid Hamidi(pix) said there was no issue of delay in making a decision on the party's cooperation with Bersatu as the matter had been decided during the last Umno general assembly.

“For Bersatu we have made a decision. We will never work with them...period. We have made our decision during Umno general assembly.

“That is our decision and we have decided not to work with Bersatu,“ he told reporters after holding a meeting with Hang Tuah Jaya Umno Division here yesterday.

Bersatu president Tan Sri Muhyiddin Yassin, who is also Perikatan Nasional (PN) chairman, said earlier that the coalition would not be able to wait too long for ‘its friends’ to decide on cooperation so as to avoid contesting against each other in the Melaka state election.

Meanwhile, Ahmad Zahid said he was confident that Barisan Nasional will be able to win the Melaka state election based on ‘the other side’s problems’ at this time.

The Election Commission has set Nov 20 for the state election, with nominations on Nov 8 and early voting to take place on Nov 16.-Bernama