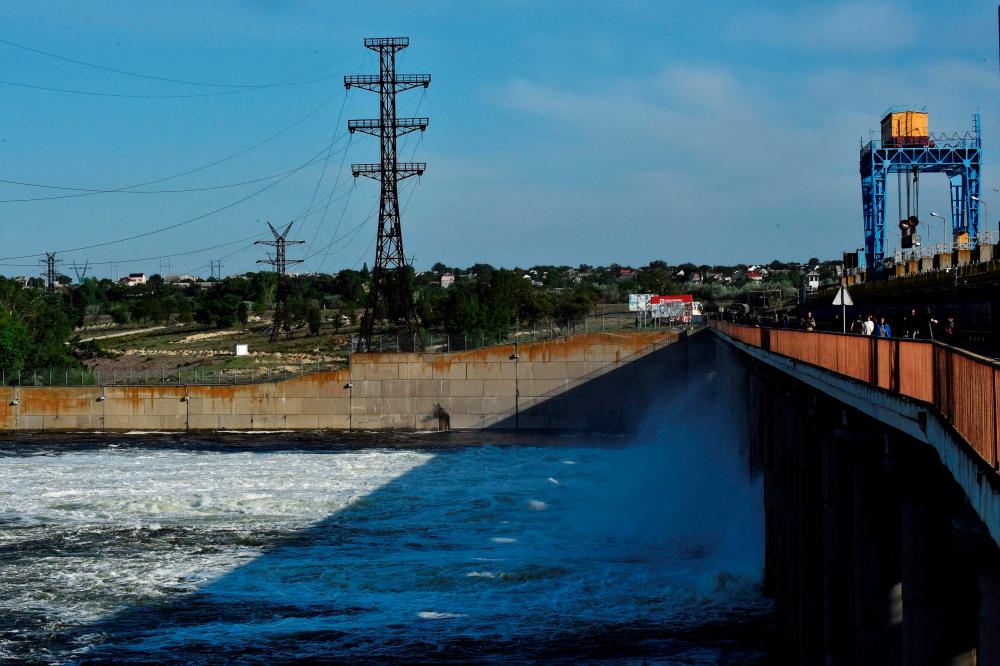 MOSCOW: Ukraine's Moscow-occupied southern city of Kherson was cut off from electricity and water supplies after a Kyiv strike on nearby power lines, Russian-installed authorities said Sunday.

“In Kherson and a number of other areas in the region, there is temporarily no electricity or water supply,“ the city’s Moscow-installed administration said on Telegram.

It said it was a “result of an attack organised by the Ukrainian side on the Berislav-Kakhovka highway that saw three concrete poles of high-voltage power lines damaged”.

Energy specialists were working to “quickly” resolve the issue, the Russian-backed authorities said, as they called on people to “remain calm”.

It is the first time Kherson -- which fell to Moscow's forces within days of their offensive launched in February -- has seen such a power cut.

As Ukraine presses with a counteroffensive in the south, Moscow’s occupational forces in Kherson have vowed to turn the city into a “fortress”.

Russian forces have for weeks organised a civilian pull-out from the Kherson region as Ukrainian troops advance, which Kyiv has called “deportations”.