No glitter for deaf gold medallists 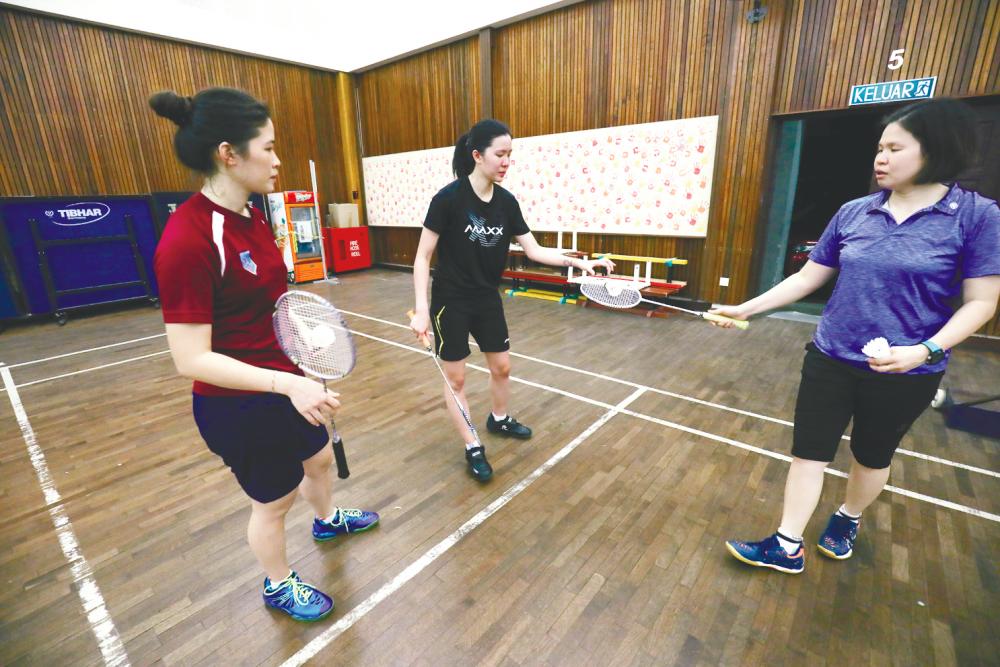 From left: Boon and Tung with their coach Sabrina Chong during training at the badminton court in Sekolah Jenis Kebangsaan Cina Puay Chai in Petaling Jaya. – HAFIZ SOHAIMI/THESUN

PETALING JAYA: Malaysian sports have witnessed remarkable wins in various fields. But not all athletes receive the incentives or recognition they deserve, although they all commit to the same amount of discipline, commitment and hard work required to reach the top of their game.

While Olympics and Paralympics gold medallists receive a RM1 million reward, athletes who win medals at the Deaflympics, that is sanctioned by the International Olympic Committee, get nothing. They do not even get the same amount of funding to pursue excellence in their sport.

Malaysia Deaf Sports Association (MSDEAF) advisor and former badminton star Jason Wong expressed dismay over the apathy in recognising the achievements of deaf athletes at international championships, including the recent Deaflympics in Brazil.

Wong said Women’s Doubles badminton players Boon Wei Ying and Tung Foo Zu, who kept their word to return with a gold medal from the Deaflympics in Brazil, deserve to be celebrated like national heroes. However, the duo did not receive any reward.

“It is sad to see that our Deaflympics gold medallists did not get any reward while the Olympics and Paralympics podium incentive (programme) promises a RM1 million reward to a gold medallist.

“These talented players need to be better acknowledged and appreciated as their achievements serve to encourage other hearing-impaired individuals to take up sports.”

Wong said it was not easy for them to reach such a professional level as the effort put in differs vastly from able-bodied athletes due to communication barriers, which require longer training hours.

“Many people think that hearing-impaired athletes are normal athletes, apart from their inability to hear or speak. But in truth, people do not realise the tremendous effort they have to put in to overcome difficulties during training, such as in coordination and reflexes, among others.

“(The Malaysian Sports Council) provided some assistance, but the funds were insufficient for the whole contingent. So, MSDEAF depended on its president Ong Shin Ruenn, who arranged external sponsors for tournaments and training expenditures,” he said.

Boon, who was saddened by the lack of attention on their victory, said national recognition would be a boost for deaf athletes to perform better in future tournaments.

However, she promised to continue giving her best in the forthcoming Asia Pacific Deaf Games in Pattaya, Thailand next month.

“It’s sad to realise that deaf athletes are not equally recognised. But we hope the government will support us in upcoming tournaments.

“My partner Zu Foo and I are again gunning for gold in the Asia Pacific Deaf Games. We are proud to keep the Malaysian flag flying high,” she said.

He urged the government to treat all Deaflympics athletes equal to their Olympic and Paralympic comrades.

“Their victories should be celebrated more because they are not able-bodied like others who participate in (other) categories of sports. They have greater difficulties in picking up instructions during coaching and implementing them in a tournament.”

He also suggested the Malaysian Badminton Association (BAM) pay attention to these promising deaf players, who have been giving their best to the country.

“BAM, which is the mother of Malaysian badminton, should recognise the Deaflympics category and give such players equal importance not only because they are deaf but also because they are among the national squad athletes who made Malaysia proud,” he added.