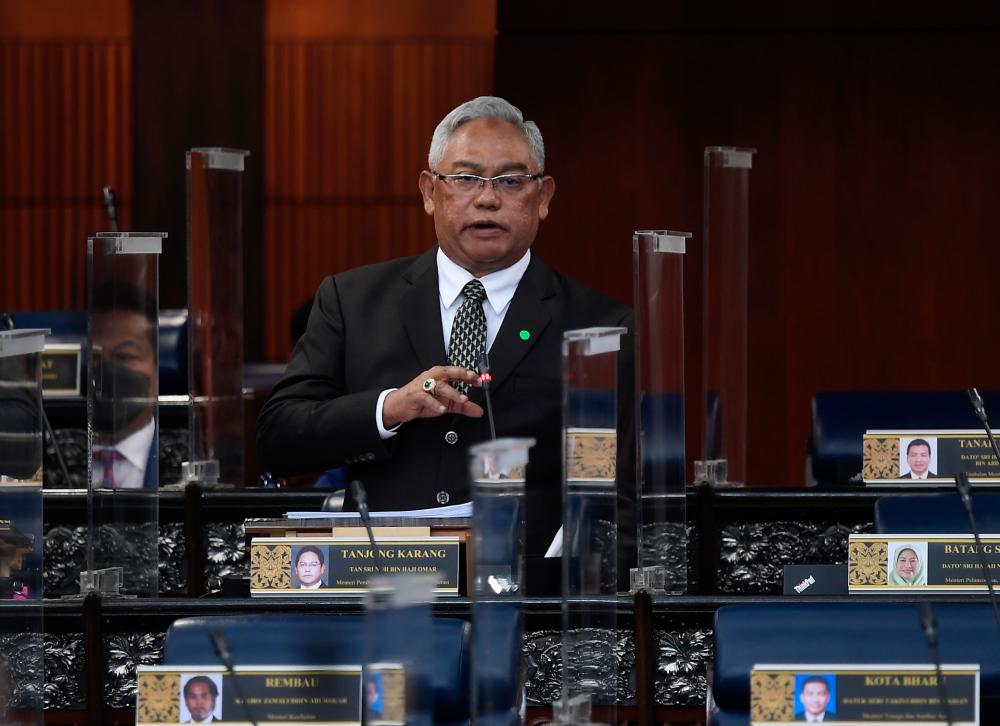 KUALA LUMPUR: Agencies under the Ministry of Entrepreneur and Cooperative Development (MEDAC) will for now, not take legal action against entrepreneurs who fail to repay their loans.

Its minister, Tan Sri Noh Omar(pix) said this was not the time to take such action against entrepreneurs who were adversely affected by the Covid-19 pandemic, instead, they should be assisted in order to survive.

“We will not be taking legal action against them for now. To make them fold up their business or become bankrupt, no way. We’ll look into it after six months but now is not the time,” he said when winding up the debate on the Supply Bill 2022 (Budget 2022) at the committee level on MEDAC in the Dewan Rakyat today.

Noh said the ministry understood the situation of entrepreneurs impacted by the pandemic and were now rebuilding their businesses after the various forms of relaxation given by the government on the rules imposed earlier.

He said the agencies under MEDAC were meanwhile urged to reduce bureaucracy in approving loans for entrepreneurs to improve or revive their businesses.

“We will make improvements and I can help through the agencies under my ministry; whether it’s CTOS or CCRIS, it needs not be taken into account. Likewise, there should no charges or interest imposed,” he added.

On the future of would-be entrepreneurs undergoing courses with MEDAC, he said the ministry was making efforts that they be given grants to start a business, not just a certificate upon completing their course.

“If the grants are insufficient, they can be given a loan under the Entrepreneur Group Economic Fund (TEKUN),” he said.

Noh also said that in the last three months, MEDAC assisted 220,241 entrepreneurs and cooperatives to revive their businesses, exceeding the original target of 188,345 entrepreneurs.

The Dewan Rakyat then approved the estimated management expenditure for MEDAC at RM195,036,300 after 22 parliamentarians debated on the bill at the committee level. -Bernama