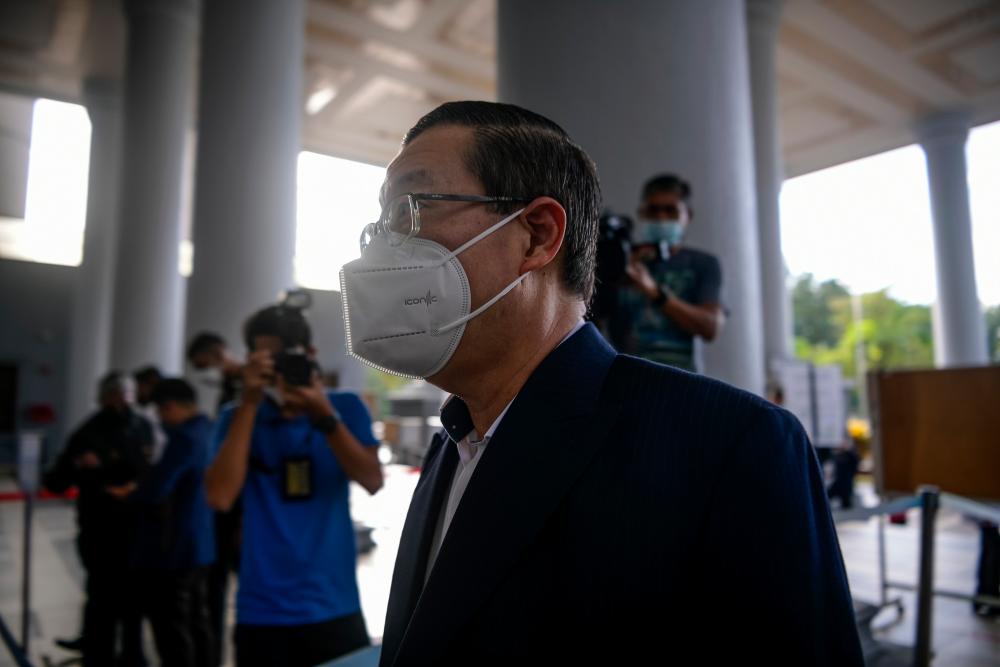 KUALA LUMPUR: The Sessions Court today was told that there was no major mistake in the contents of the preliminary agreement for the privatisation of the major roads and undersea tunnel project in Penang, signed between the state government and Zenith Consortium Beijing Urban Construction Group Sdn Bhd, in 2013.

When cross-examined by lawyer, Gobind Singh Deo, who represented Lim, the 12th prosecution witness said that at that time (2013) she was a lawyer at the law firm of Lee Hishammuddin Allen and Gledhill, and had been appointed by the state government (Penang) to prepare the draft agreement.

She said that the draft of the preliminary agreement was brought to the Penang state executive council meeting on Oct 4, 2013, which was also attended by former Penang legal adviser, Datuk Faiza Zulkifli, 61.

Adlin said that the draft agreement had already been presented to the state exco and had obtained approval, apart from their agreement for certain amendments to be made in the agreement.

She also said that no objections were raised during the exco meeting regarding the agreement.

The witness also agreed with the defence team that the interests of the state government were protected in the agreement, as it had to go through certain committees before the agreement was implemented.

Adlin also said that Faiza had never informed her of any big mistakes in the deal then, until now.

In the previous proceedings, the 11th prosecution witness, Faiza, told the court that there was a huge mistake in the content of the preliminary agreement for the privatisation of the major roads and undersea tunnel project in Penang, involving parcels of land.

Earlier, the 13th prosecution witness, Datin Seet Chin Leng, 55, told the court that she last met her husband, the late Datuk Ewe Swee Keng at 1 am, before the victim fell from a condominium in Jalan Kelawi, Georgetown at 5 am on Oct 5.

The late Ewe, who was a prosecution witness due to testify in a corruption case involving Lim, was reported dead after falling from the condominium unit, and the case was reported as sudden death.

Seet said that she did not know that her husband went to the Malaysian Anti-Corruption Commission (MACC) office to record the statement because the deceased never informed her.

Lim is charged with using his position as then Penang Chief Minister to obtain a bribe of RM3.3 million, for helping a company owned by Datuk Zarul Ahmad Mohd Zulkifli to secure the construction project, worth RM6,341,383,702.

He is alleged to have committed the act at the Penang Chief Minister’s Office, 28th Floor, Komtar, George Town, between January 2011 and August 2017.

On the second amended charge, Lim is accused of soliciting bribes amounting to 10% of the profits from Zarul to be earned by the company, as gratification for helping his (Zarul’s) company to secure the project.

Lim, who is also DAP secretary-general, also faces two charges of causing two plots of land, worth RM208.8 million, belonging to the Penang government, to be disposed of to two companies which are linked to the state’s undersea tunnel project.