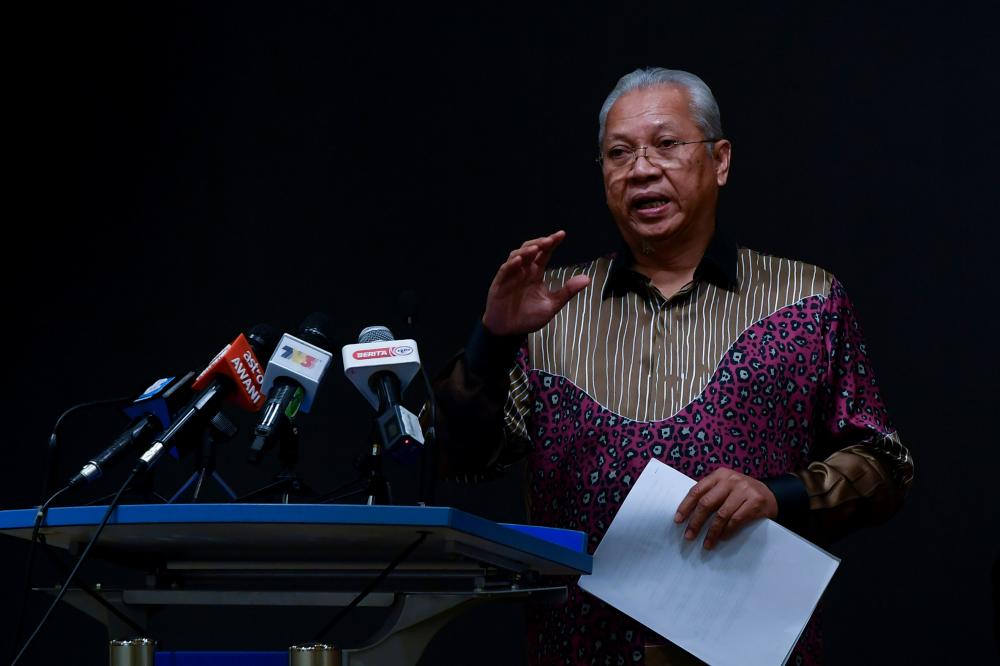 KUALA LUMPUR: The government will continue to ensure the country’s political stability to safeguard the well-being and welfare of the Keluarga Malaysia (Malaysian Family) in the face of the post-pandemic and the transition phase to endemic, said Communications and Multimedia Minister Tan Sri Annuar Musa(pix).

He said the “iron wall” approach, between the government and the opposition, no longer applies because political stability to safeguard the welfare of Malaysian families is more important.

“(The government) must ensure that the country’s political situation is stable, even though we (the government) have to sacrifice by working, sharing, and planning with the opposition as we were used to be separated by an “iron wall” before.

“The ego must be buried deeply, the excessive faction must be pushed away, solo politics, recklessness, the sense that everything can be done on our own is not the right formula for now... we need the principle of al-ta’ayush (co-exist), togetherness and consensus,” he said.

He said this during the launching ceremony of the logo and theme for the 2022 National Day and Malaysia Day celebrations at Angkasapuri here today.

Annuar said the ‘prihatin’ (caring) concept should also continue among the people; people-government; governments and so on because in the current situation the country needs to move forward with certain values ​​that will be supported by the Malaysian Family.

Meanwhile, Annuar, who is also the chairman of the Special Task Force on Jihad Against Inflation, said the post-Covid-19 management was not as simple as some people thought.

“In the crisis, there are those who try to take advantage of the hardship, seek short-term political gain to become popular by becoming critics and detractors, which are easy to do.

“The world and the country have proven that people who view the people’s problems without much concern, when allowed to manage (the situation) they bound to fail because everyone wants to take a simplistic approach... that everything that the government does is wrong.

“As saying goes, easier said than done, sometimes you have to put yourself in other people’s shoes to really understand, it is easier just to watch but to carry out the responsibility is another story,” he said.

Annuar said that based on history, individuals who had previously criticised (the government) who appeared smart with diverse ideas, but when given the opportunity (to govern) eventually could not implement it because managing the country was not an easy task.

Meanwhile, Annuar stressed that the government took into account all aspects, especially the ability of the people before deciding to control the price of goods in the market.

Citing the price of chicken as an example, he said, although chicken prices in neighbouring countries were much higher due to the effects of inflation, the government decided not to float chicken prices for the benefit of the people.

“Are people willing to buy chicken priced above RM10? Hence, the Keluarga Malaysia government still does not float the price of chicken and set the ceiling price below RM10 and RM1.1 billion is spent for that purpose,” he said.-Bernama