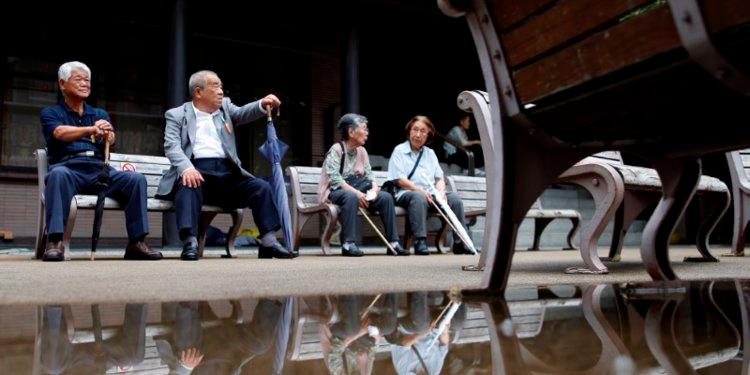 WE all like to win awards and to be rated highly against our peers, so when the Malaysian pension system was ranked third in Asia by the Mercer CFA Institute Global Pension Index 2021 many people may have felt quite proud of the accolade even though Malaysia ranked only 23rd out of 43 in global terms.

Closer examination, however, reveals cause for concern and among experts here in Malaysia in government, finance and academia there is a universal consensus that the pension system is not adequate to meet the needs of an aging population.

The Mercer-CFA methodology looks at 50 indicators across three categories of adequacy, sustainability and integrity.

For 2021, 43 global systems were given an overall index value weighted 40% for adequacy, 35% for sustainability and 25% for integrity.

The weightings have remained constant since the index was launched in 2009.

Although on face value the methodology looks comprehensive it does have limitations which are given better treatment in alternative schemes, the issue of pension coverage for example is not well handled.

The evolving demands of pension systems in a changing world of work are also not well captured.

The World Bank, for example, emphasises adequacy and whether pensions prevent poverty in old age.

They also focus on affordability, financial soundness and sustainability, predictability so that benefits are protected, indexed and risk adjusted, equity to deal with redistribution between lifetime rich and lifetime poor and robustness to withstand economic, demographic, political or other shocks.

The Organisation for Economic Co-operation and Development has recently highlighted how pension schemes handle incomplete careers and flexible retirement ages as well as the move to freelance, gig economy and non-standard ways of earning an income. In all cases the impact of Covid-19 must also be taken into account.

In Malaysia, almost uniquely around the world, the use of pension savings withdrawals under i-Lestari, i-Sinar and i-Citra have left 6.3 million Account 1 holders and nine million Account 2 holders with less than RM10,000 balance.

So pension coverage is a critical issue here which has changed structurally during the pandemic.

Unemployment and underemployment account for around 3.2 million people or 19.8% of the workforce.

People in these categories will have unstable pension contributions at best and possibly no formal pensions at all.

Around 15.3 million people are actively working, with 3.8 million in the informal sector with no regular pension coverage.

Around 11.6 million work in the formal sector, but 4.1 million of these have no formal pension cover.

Among the EPF contributors, we know that around 46% or 2.7 million have less than RM10,000 in pension savings. Civil servants are also facing reform of the government pension schemes which will affect their final payments.

In fact, this scenario for the whole population is mirrored in recent analysis from the EPF, which suggests that only 27% of all members and only 17% of active members will reach their estimated threshold for required savings of RM240,000 by retirement.

Set against these realities the relatively high ranking of the Malaysian pension system in the Mercer-CFA Global Pensions Index shows that we must not be complacent about the relatively good performance.

The prescriptions from the Mercer-CFA analysis are also not specific enough in the Malaysia context.

To increase the score they suggest that Malaysia increases the minimum level of support for the poorest aged individuals, raises the level of household saving and lowers the level of household debt, mandates part of the retirement fund be taken as an income stream, and makes people work longer by increasing the pension age and labour force participation rate for older people.

These are generic responses to a very particular situation in Malaysia where the population is aging, incomes have been falling, especially during Covid-19, pension savings have been structurally low and have been depleted during the pandemic.

Higher savings and longer working ages are unlikely to replenish empty pension accounts or a complete absence of formal old-age savings for 75% or more of the working population.

In this context we need fresh, new ideas fit-for-purpose for Malaysian stakeholders.

So despite what international private sector ratings might say, there is a consensus in Malaysia that there is a looming pension crisis. There is also a consensus that we need to focus on finding solutions.

Fortunately, we have ideas and time to do it even if we do not have a full solution yet.

To achieve this we need to convene a widely constituted stakeholder group to research, test and design a new world-class old age income system for Malaysia.

Professor Geoffrey Williams is an economist at Malaysia University of Science and Technology. The views expressed here are his own. Comment: letters@thesundaily.com