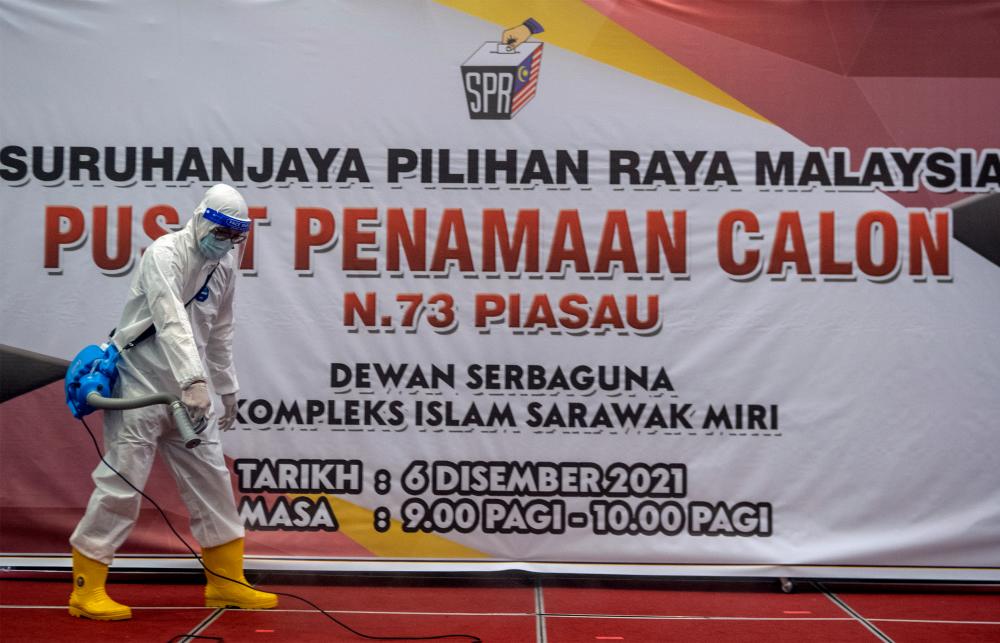 KUCHING: Today is Nomination Day for the 12th Sarawak Election.

Eighty-two seats are up for grabs in the fight for the country’s biggest state legislative assembly.

The nomination of candidates will take place between 9am to 10 am.

Abang Jo, as he is affectionately known locally, will be contesting the rural Gedong seat this time, relinquishing his traditional Satok stronghold in Kuching after 40 years to his PBB Satok deputy chairman, Datuk Ibrahim Baki.

The number of candidates is expected to surpass the record of 229 contestants in 2016, going by the announcements by several other political parties who have already unveiled their challengers in the run-up to nomination day.

The election had to be postponed from the middle of this year because of the Covid-19 pandemic as the people’s safety came first.

A nationwide emergency was imposed from January to August and subsequently Sarawak was placed under another six-month emergency which was however lifted on Nov 3 by the Yang di-Pertuan Agong, paving the way for the election to be held.

To prevent the spread of infection, the Election Commission is allowing campaigning activities within the respective state constituencies but cross-constituency campaigning is banned.

Ceramahs (rallies) and public speeches, however, are allowed in 64 constituencies with poor internet access. The number of attendees, however, should not exceed 50 per cent of the venue capacity or 150 people at any one time.-Bernama