Not even torn tendon can stop Jellson from diving in Birmingham 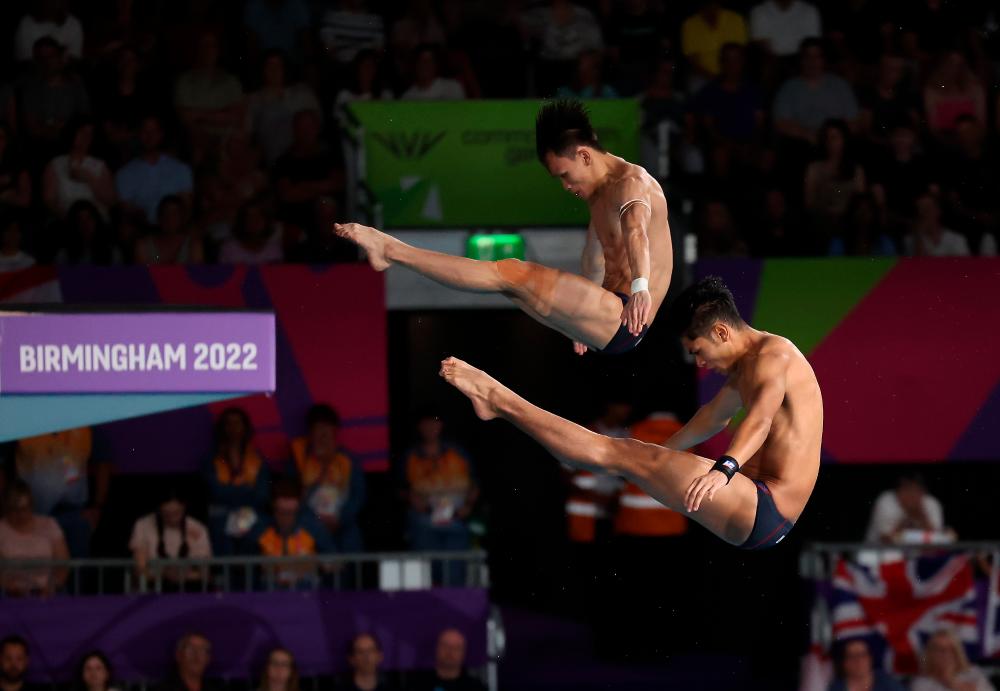 BIRMINGHAM: National diver Jellson Jabillin has admitted to taking a big risk by ignoring a partially torn patellar tendon on his left knee to compete in the final of the men’s 10-metre (m) synchronised platform event at the Birmingham 2022 Commonwealth Games here today.

Despite finishing fifth with Hanis Jaya Surya in the event with 365.64 points at the Sandwell Aquatics Centre, Jellson said he was satisfied with his performance.

In fact, he believed that he could have performed better with Hanis had he been injury-free.

“The patellar tendon on my left knee tore a week before we left for Birmingham 2022... this is the worst injury I have ever suffered.

“My doctor told me not to push myself too hard as the tendon might tear fully and it will take a longer time to recover. But this is the Commonwealth Games, I’ve trained so hard so there was no way I would just let it go,” he told Bernama at the mixed zone here.

Despite being unfit, Jellson has vowed to produce a more consistent performance when he partners national diving queen Datuk Pandelela Rinong in the mixed synchronised 10m platform event on Monday (Aug 8).

Hanis, though frustrated with how things turned out for them, hopes to make amends in the men’s 10m platform individual event on Sunday (Aug 7).

He feels that their failure to do well in their third and fourth dives cost them a better placing in today’s final.

“Our performance today was quite disappointing. We did not do well in our third and fourth dives probably due to a lack of confidence. For my next event, I know it will be difficult to be among the medallists but I hope to finish in the top five,” he said. Queen urges IIUM graduates to use knowledge to lead the world

4.Rukun Negara Secretariat to be expanded to all IPTs: Halimah