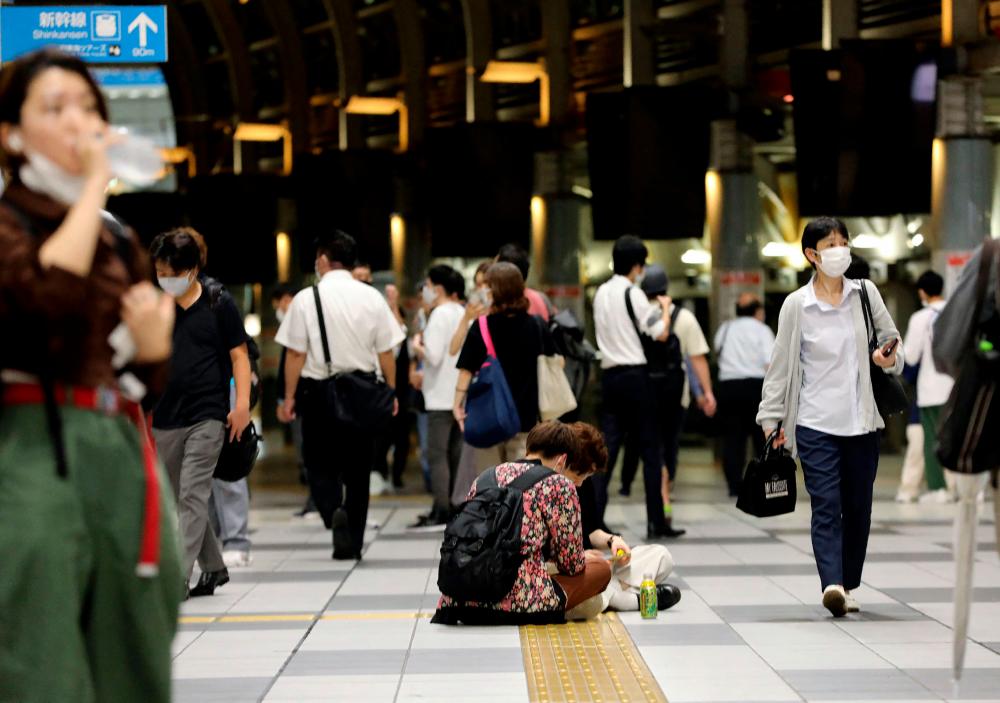 Passeners sit on the floor at Shinagawa train station in Tokyo on early October 8, 2021 as train services are suspended after a 6.1-magnitude earthquake in the Japanese capital and surrounding areas/AFPPix

TOKYO: The number of injured people as a result of a powerful earthquake in Japan's Greater Tokyo Area has grown to 32, reported Sputnik

According to the Kyodo news agency on Friday, three people are in critical condition.

Earlier, a report by Yomiuri Shimbun (on Friday) stated that the number of injured people was 28, and that there was no threat to the lives of the injured people.

On Thursday evening, a powerful earthquake struck the capital region of Japan. Initially, its magnitude was estimated at 6.1, but then it was downgraded to 5.9.

Japan is located in a seismically active zone known as the Ring of Fire and regularly suffers from powerful earthquakes. The 2011 9.0 magnitude earthquake and the following tsunami killed over 15,000 people and caused the Fukushima nuclear plant disaster.-Bernama