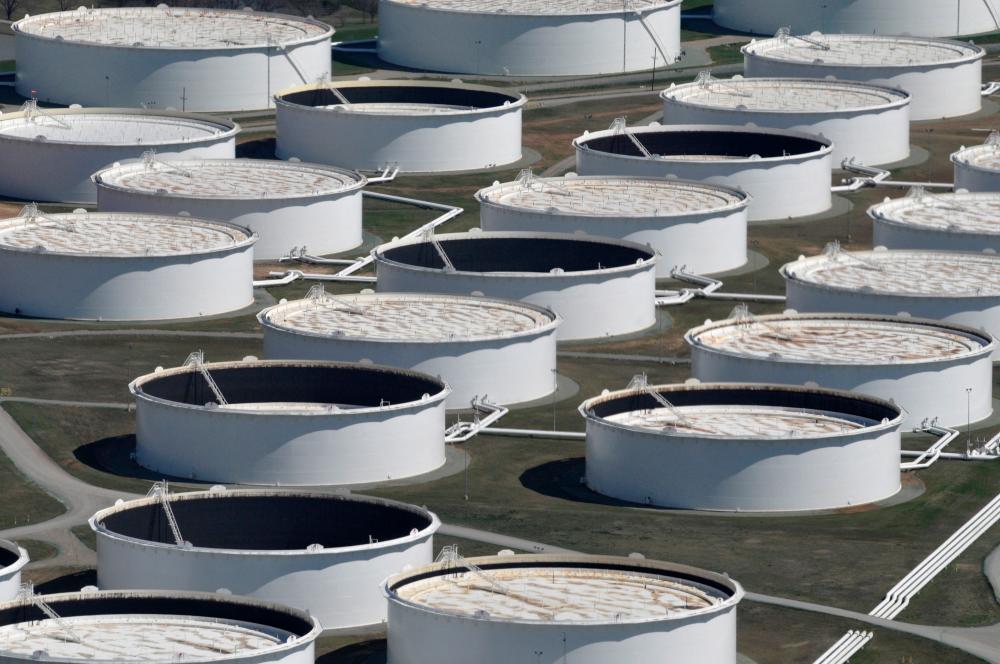 Crude oil storage at the Cushing oil hub, the delivery point for US crude futures in Cushing, Oklahoma. – Reuterspix

HOUSTON: Oil prices edged slightly higher in volatile trading on Monday (Sept 19), as worries of tight supplies outweighed fears that global demand could slow due to a strong US dollar and possible large increases to interest rates.

The Organization of Petroleum Exporting Countries and allies led by Russia, known as Opec+, fell short of its oil production target by 3.583 million barrels per day (bpd) in August, an internal document showed. In July, Opec+ missed its target by 2.892 million bpd.

“The surveys of Opec+ production being so far below their quotas for August has the market feeling that they’re simply unable to increase their production if the market demands,” said Andrew Lipow, president of Lipow Oil Associates in Houston.

Central banks around the world are certain to increase borrowing costs this week to tame high inflation, and there is some risk of a full 1.0 percentage point rise by the US Federal Reserve.

Many traders were once again moving to the sidelines to await the Fed’s meeting this week, said Dennis Kissler, senior vice president of trading at BOK Financial.

A British public holiday for the funeral of Queen Elizabeth limited trade volume during London hours on Monday.

Still, oil also came under pressure from hopes of an easing of Europe’s gas supply crisis. German buyers reserved capacity to receive Russian gas via the shut Nord Stream 1 pipeline, but this was later revised and no gas has been flowing.

Crude has soared this year, with the Brent benchmark coming close to its record high of US$147 in March after Russia's invasion of Ukraine exacerbated supply concerns. Worries about weaker economic growth and demand have since pushed prices lower.

The US dollar stayed near a two-decade high ahead of this week's decisions by the Fed and other central banks. A stronger dollar makes dollar-denominated commodities more expensive for holders of other currencies and tends to weigh on oil and other risk assets.

The market has also been pressured by forecasts of weaker demand, such as last week's prediction by the International Energy Agency that there would be zero demand growth in the fourth quarter.

“The market still has the start of European sanctions on Russian oil hanging over it. As supply is disrupted in early December, the market is unlikely to see any quick response from U.S. producers,” ANZ analysts said.

Easing Covid-19 restrictions in China, which had dampened the outlook for demand in the world’s second-biggest energy consumer, could also provide some optimism, the analysts said.

US crude oil stockpiles are estimated on average to rise by around 2 million barrels in the week to Sept 16, according to a Reuters poll. – Reuters