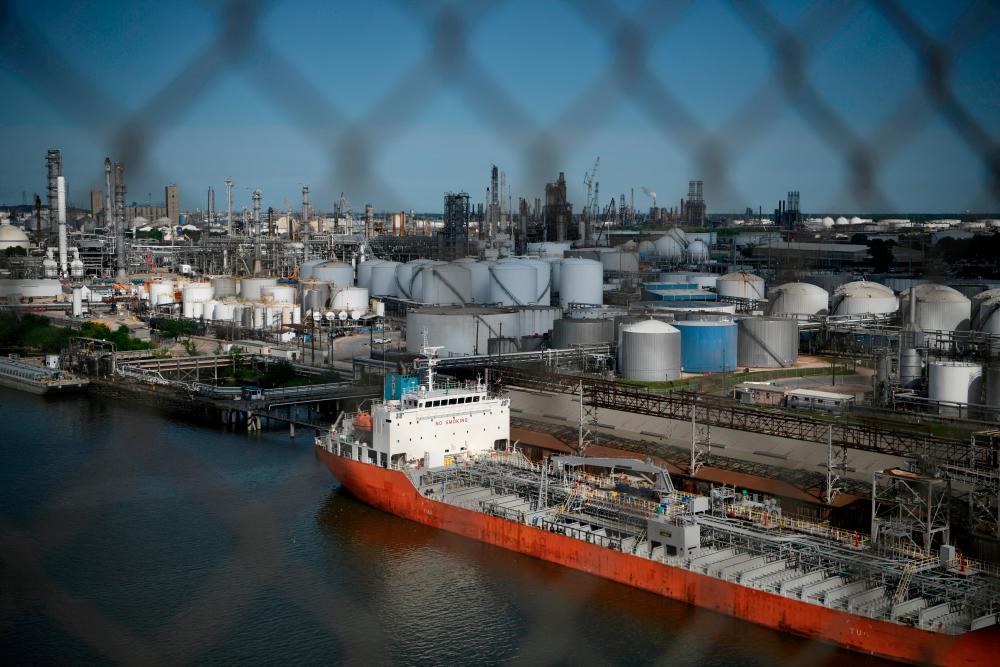 The Houston Ship Channel and adjacent refineries, part of the Port of Houston in Texas. Traders are waiting for news on when market-moving US government oil inventory and other data will be published after it was not released last week due to server issues.– Reuterspix

HOUSTON: Oil rose US$2 a barrel yesterday on the prospect of even tighter supplies loomed over the market as the Group of Seven (G7) nations promised to tighten the squeeze on Russian President Vladimir Putin's war chest while actually lowering energy prices.

The group of wealthy nations vowed to stand with Ukraine “for as long as it takes”, proposing to cap the price of Russian oil as part of new sanctions to hit Moscow’s finances.

“I think if they were to implement a price cap on sale and purchase of Russian oil, it’s difficult for me to imagine how this is going to be implemented, especially when China and India have become Russia’s biggest customers,” said Houston-based oil consultant Andrew Lipow.

The international community should explore all options to alleviate tight energy supplies, including talks with producing nations like Iran and Venezuela, a French presidency official said. Both Opec members' oil exports have been curbed by US sanctions.

Both crude benchmarks closed down for the second week in a row on Friday as interest rate increases in key economies strengthened the dollar and fanned fears of a global recession.

Recession fears and expectations of more interest rate increases have caused volatility and risk aversion in the futures markets, with some energy investors and traders paring back, while spot crude prices have remained strong on high demand and a supply crunch.

Members of the Organization of the Petroleum Exporting Countries and their allies including Russia, known as Opec+, will probably stick to a plan for accelerated oil output increases in August when they meet on Thursday, sources said.

Opec member Libya said yesterday it might have to halt exports in the Gulf of Sirte area within 72 hours amid unrest that has restricted production.

Adding to the supply woes, Ecuador also said it could suspend oil production completely within 48 hours amid anti-government protests in which at least six people have died.

Traders also waited for news on when market-moving US government oil inventory and other data would be published after it was not released last week due to server issues. 1.Not even severe eyesight problem can stop Niki from excelling in STPM