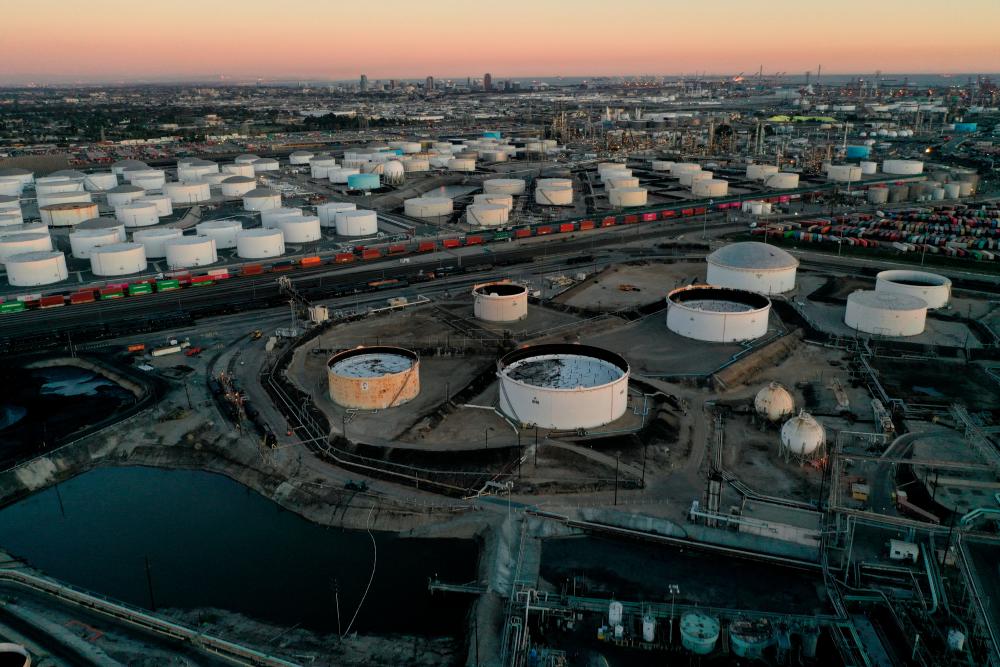 NEW YORK: Oil prices fell US$2 a barrel on Monday (Sept 26), settling at nine-month lows in choppy trade, pressured by a strengthening dollar as market participants awaited details on new sanctions on Russia.

Both contracts had risen early in the session after slumping about 5% on Friday.

The dollar index hit a two-decade high, pressuring demand for oil which is priced in the US currency. The impact of a strong dollar on oil prices is at its most pronounced in more than a year, Refinitiv Eikon data shows.

“It’s hard for anyone to expect oil will recover in the wake of a greenback this expensive,” said Bob Yawger, director of energy futures at Mizuho.

Disruption from the Russia-Ukraine war also hit the oil market, with European Union sanctions banning Russian crude set to start in December along with a plan by G7 countries for a Russian oil price cap looking set to tighten supply.

Interest rate increases by central banks in numerous oil-consuming countries have raised fears of an economic slowdown that could squeeze oil demand.

“With more and more central banks being forced to take extraordinary measures no matter the cost to the economy, demand is going to take a hit which could help rebalance the oil market,” said Craig Erlam, senior market analyst at Oanda in London.

Attention is turning to what the Organization of the Petroleum Exporting Countries (Opec) and allies led by Russia, together known as Opec+, will do when they meet on Oct 5, having agreed at their previous meeting to cut output modestly.

However, Opec+ is producing well below its targeted output, meaning that a further cut may not have much impact on supply.

“Odds would appear quite high for a downward adjustment in production by the Opec+ organisation,” said Jim Ritterbusch, president of Ritterbusch and Associates in Galena, Illinois.

Data last week showed Opec+ missed its target by 3.58 million barrels per day in August, a bigger shortfall than in July. – Reuters