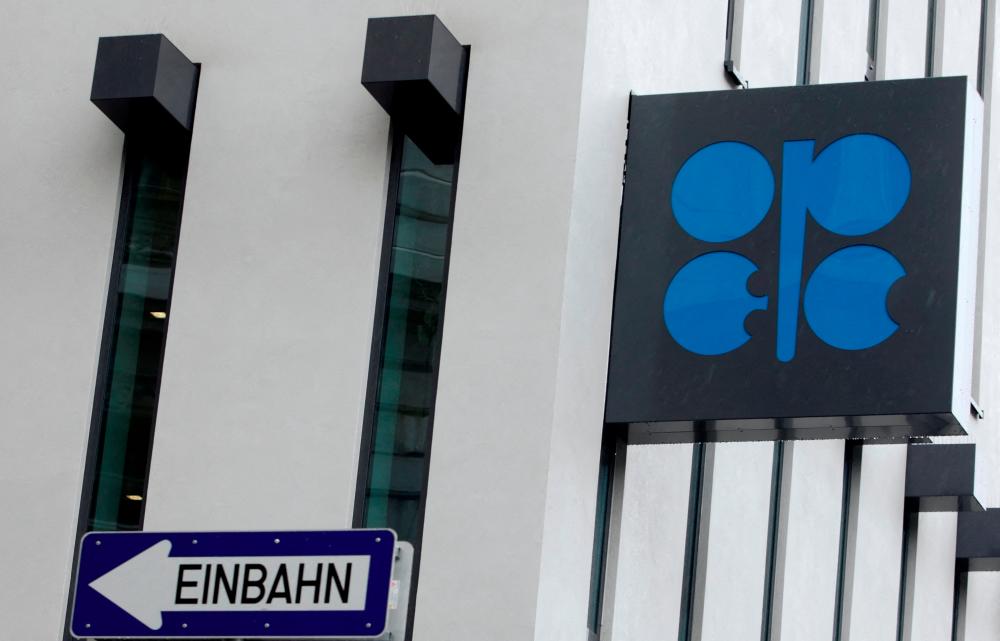 The logo of Opec outside the organisation’s headquarters in Vienna. Opec’s new secretary general says policymakers, lawmakers and insufficient oil and gas sector investments are to blame for high energy prices, not the cartel. – Reuterspix

Prices rose more than 1% during the previous session, although Brent at one point fell to its lowest since February, as signs of a slowdown mounted in some places.

“Oil prices rallied after another round of impressive US economic data boosted optimism for an improving crude demand outlook,” said Edward Moya, senior market analyst at data and analytics firm Oanda. Moya also noted that Opec will not allow the recent pullback in oil prices to continue much further.

The new secretary general of the Organization of the Petroleum Exporting Countries (Opec), Haitham Al Ghais, told Reuters that policymakers, lawmakers and insufficient oil and gas sector investments are to blame for high energy prices, not the cartel.

US crude stocks fell by 7.1 million barrels in the week to Aug 12, Energy Information Administration data showed, against expectations for a 275,000-barrel drop, as exports hit a record 5 million barrels per day (bpd).

Bans by the European Union on Russian oil exports could dramatically tighten supply and drive up prices in coming months.

“The EU embargoes will force Russia to shut in around 1.6 million (bpd) of output by year-end, rising to 2 million bpd in 2023,” consultancy BCA research said in a note.

Russia, however, forecasts rising output and exports until the end of 2025, an economy ministry document seen by Reuters showed, saying revenue from energy exports will rise 38% this year, partly due to higher oil export volumes. – Reuters