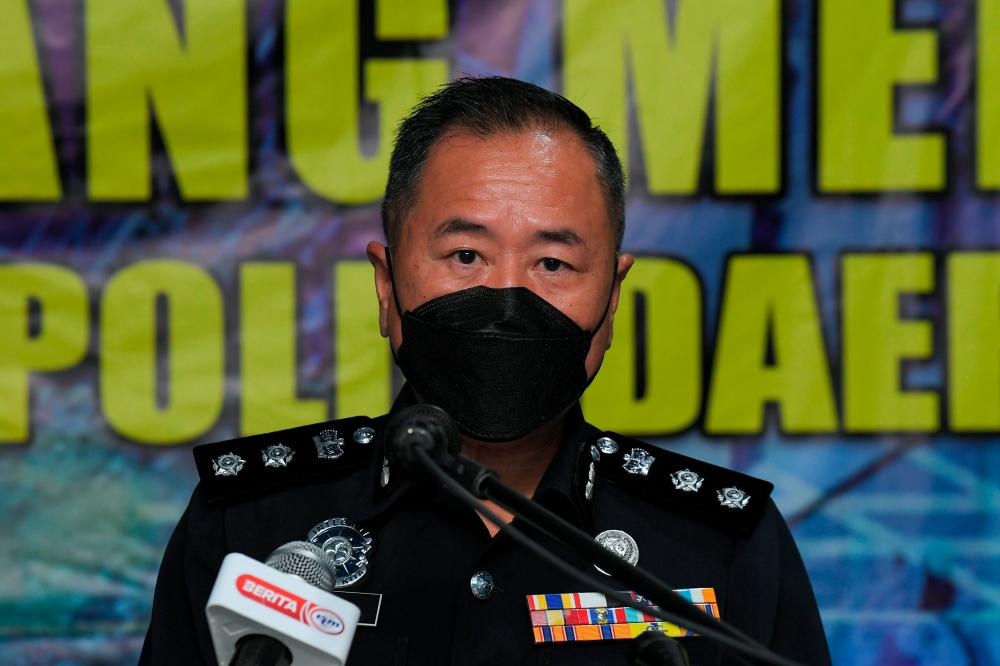 KUALA LUMPUR: Police arrested three men on suspicion of being involved in online gambling activities at a condominium in Sentul here yesterday.

Sentul District Police chief ACP Beh Eng Lai(pix) said the three men, aged between 19 and 54, were nabbed following a raid on a condominium at noon and the online gambling activity was said to rake in profit of up to RM100,000 a month.

He said the three men were believed to be caretakers of the premises as well as agents of the “To Up Games” at the Calling Centre.

“All the suspects are being detained at the Sentul District Police Headquarters for further investigation and the case is being investigated under Section 4(1) (g) of the Common Gaming Houses Act 1953 for involvement in gambling activities,” he said in a statement yesterday.

In another development, police arrested three men, including two foreigners, aged between 25 and 40, on suspicion of being involved in illegal bitcoin mining at a premises around Metro Prima Kepong here yesterday.

“As a result of the operation, police seized 77 bitcoin machines, computer equipment, various brands of mobile phones, computer modems and several sets of keys. All the suspects have been remanded for four days until Monday (Jan 17),” he said.-Bernama