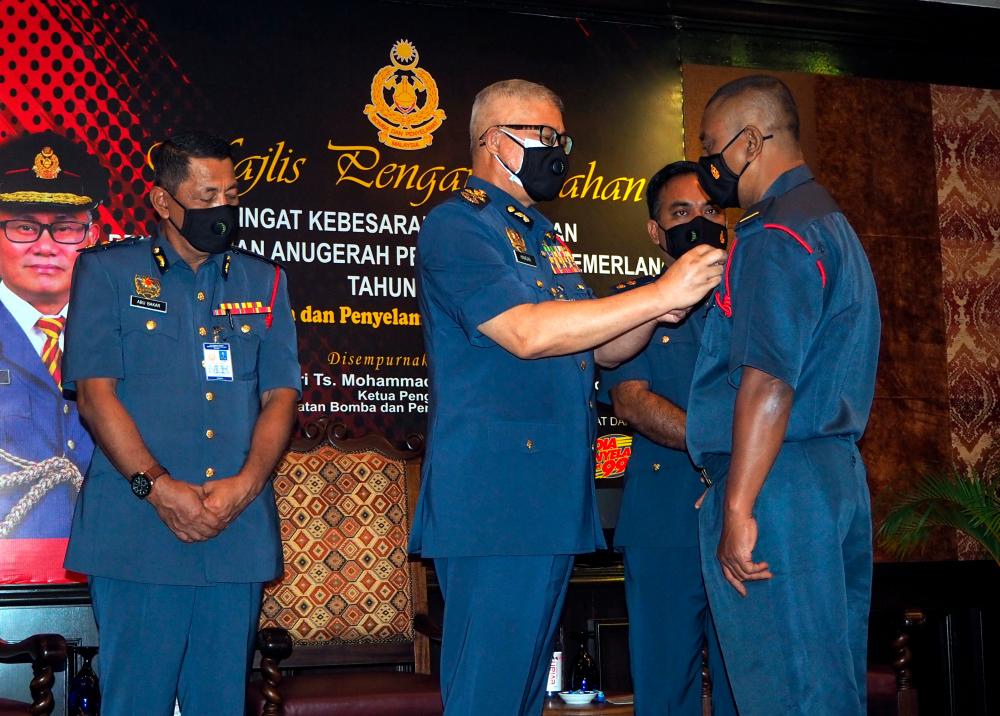 Mohammad Hamdan said the buildings needed to be inspected and tested for safety in order to be issued with the FC, which has to be renewed every year, in line with the requirements of the Fire Services Act 1988 (Act 341).

“States such as Kuala Lumpur, Selangor, Penang, Johor, Sabah and Sarawak have more buildings that need to be inspected in order to obtain the FCs.

“The building should have a fire risk that exceeds certain levels classified under Act 341, and this is important (because) in the event of an emergency, the fire can be prevented or controlled at an early stage,” he told reporters after the presentation of JBPM excellent service awards in Kota Laksamana here, today.

Mohammad Hamdan said some of the buildings were still being inspected as there was a delay in the process due to the implementation of the Movement Control Order.

“We have issued a notice to conduct the inspection but some of them requested a postponement because they want to carry out repair works to the buildings in order to meet the FC requirements,” he said.

At the ceremony, Mohammad Hamdan also presented a takaful scheme and a contribution of RM194,000 to Noraida Che Nor, the widow of the late Mohd Diya Che Jusoh, a firefighter who died after losing consciousness during a flood rescue operation.-Bernama