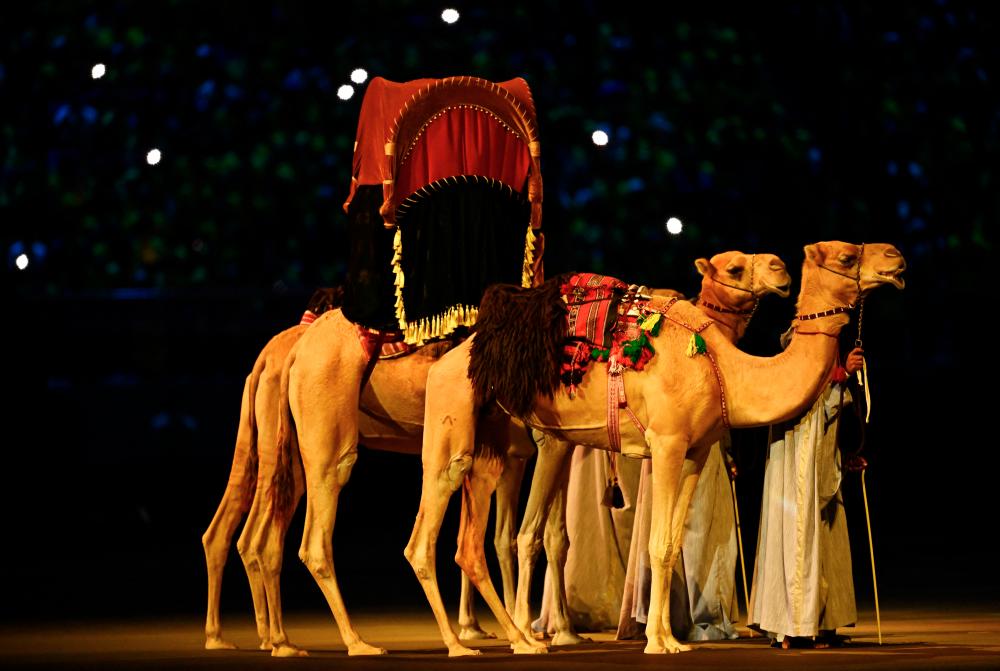 General view of camels during the opening ceremony. – REUTERSPIX

DOHA: The World Cup kicked off in Qatar on Sunday with the Muslim nation staking its reputation on delivering a smooth tournament.

Qatar’s Emir Sheikh Tamim bin Hamad al-Thani arrived at the stadium flanked by FIFA president Gianni Infantino, to a roaring crowd, and took their seats alongside other Arab leaders.

Saudi Arabia’s crown prince and the presidents of Egypt, Turkey and Algeria, as well as the United Nations Secretary-General, are among leaders at the in a tent-shaped stadium ahead of the first match between the hosts and Ecuador. – Reuters

General view of a performer. – REUTERSPIX