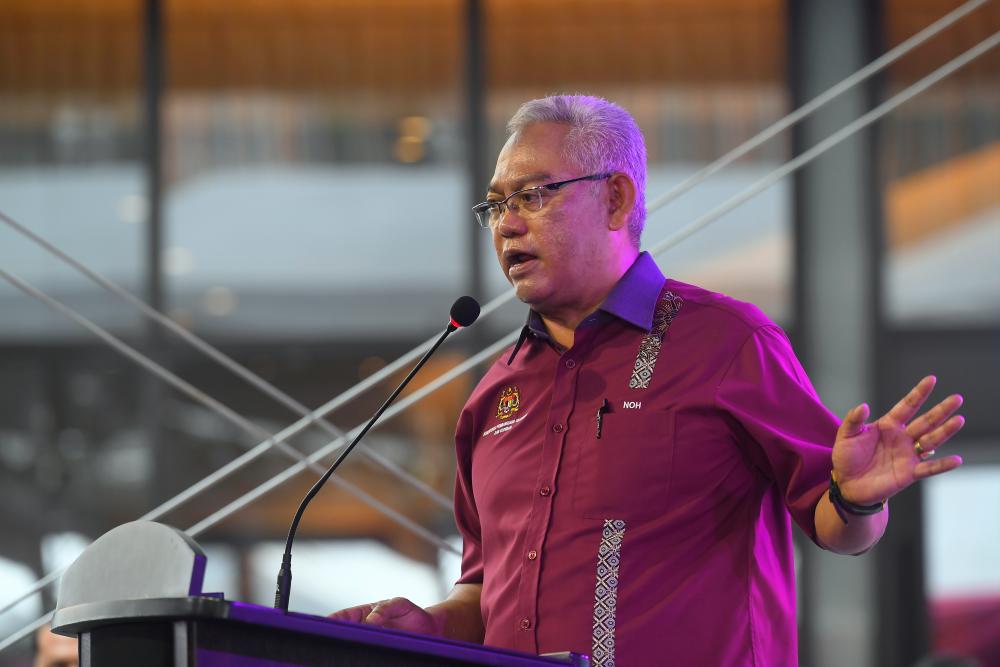 PUTRAJAYA: The cooperative sector is not bound by any rules set by banks, said Entrepreneur Development and Cooperatives Minister Tan Sri Noh Omar(pix).

Referring to the increase in the Overnight Policy Rate (OPR) by Bank Negara Malaysia (BNM), he said that was because the cooperative sector does not provide personal loans but was bound by its own act, namely the Cooperative Societies Act 1993.

“...however, in terms of the act, cooperatives are not bound by any (rules) set by banks,” he told reporters at the Hari Raya Aidilfitri celebration of the Ministry of Entrepreneur Development and Cooperatives (KUSKOP) and its agencies here today.

In another development, Noh said KUSKOP was also striving to expand cooperative shops or Coop Marts to enable cooperative members to generate income and help ease the cost of living among Keluarga Malaysia (Malaysian Family).

For a start, Noh said the standardisation of logo and colour would be carried out at all Coop Marts nationwide.

“This year we will begin with 500 Coop Marts first. Any cooperative member joining this programme will be given priority in terms of subsidy provision, for the sale of basic necessities at a lower price,” he said.

Noh said that apart from Coop Marts, KUSKOP will also establish a goods collection and distribution centre (for Coop Marts) to avoid the role of middlemen.

“We hope this centre will buy directly from sellers and send (the goods) to Coop Marts directly as well,” said Noh.