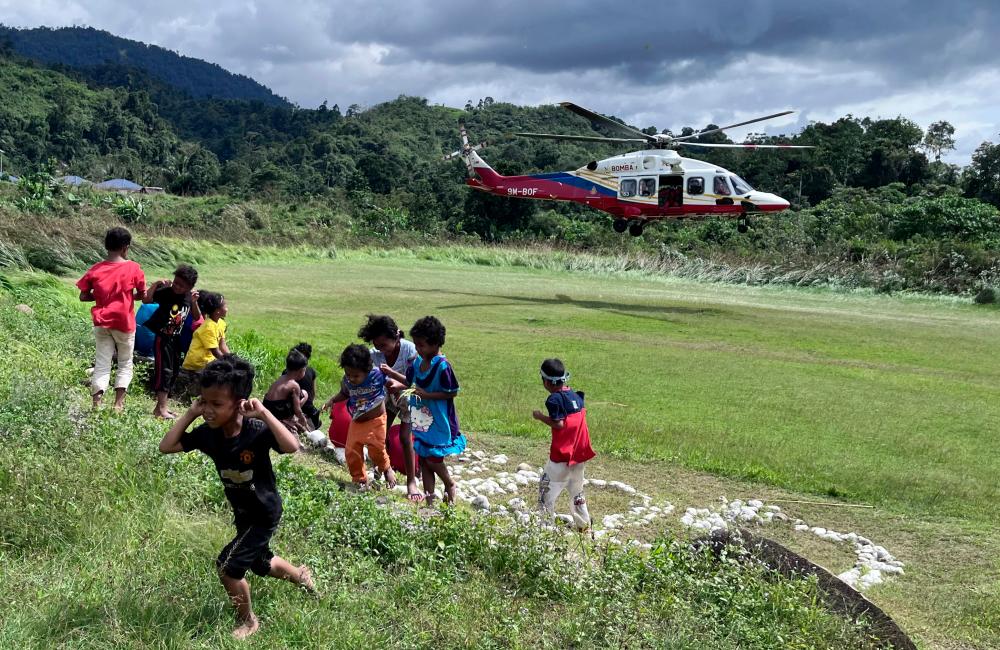 GUA MUSANG: The 1,000 odd Orang Asli community living in Pos Gob, near here are facing serious logistics problems due to damaged roads, including not being able to send their children to school, receive medical aid and unable to buy food and basic necessities.

The roads are badly damaged due to continuous heavy rain in the area and not passable by even 4WD, let alone small vehicles.

The villagers also claimed that since August last year they have been ploughing through muddy roads which causes severe damages to their vehicles.

Pos Gob Village Development and Security Committee chairman Adi Liman, 37, said he had once tried to plough through the muddy roads using his Toyota Hilux 4WD since he had to be in Gua Musang town to complete several jobs but his vehicle was trapped in deep mud and could not move.

“Until now, the Toyota Hilux 4WD is still trapped in the location for almost six months. We are helpless and forced to abandon the vehicle there,” he told reporters when met at Kampung Gob, here.

Rohani Adik, 32, said the roads are so badly damaged that she was unable to send her eldest daughter Noraini Adi, 13, to school since December.

Rohani who also lives in Kampung Gob said since her daughter was unable to attend school, she would be missing important lessons although she is studying at home on her own.

“I am worried for the education of my eldest daughter who will be stepping into secondary education, Form One in March. Until today she is unable to attend school and complete her Standard Six primary school requirements at Sekolah Kebangsaan (SK) Kuala Betis, due to the damaged roads,” she said.

As for Angah Asu, 65, he is unable to receive his regular dose of medication for two months now due to the damaged roads because the medical staff from the Ministry of Health are unable to reach the village and supply their medication.

“I believe for almost two months, the KKM team are unable to pass through the road and reach the village. The last time they tried, they could not come through and had to return after reaching Sungai Blaer,” he said.

Meanwhile, the Department of Orang Asli Development (JAKOA) deputy director Kelantan/Terengganu Roslina Bun said the department was monitoring the areas involved and waiting for the weather conditions to improve.

“JAKOA will send vehicles to reach the affected village but need to wait till the weather condition improves,” said Roslina. -Bernama