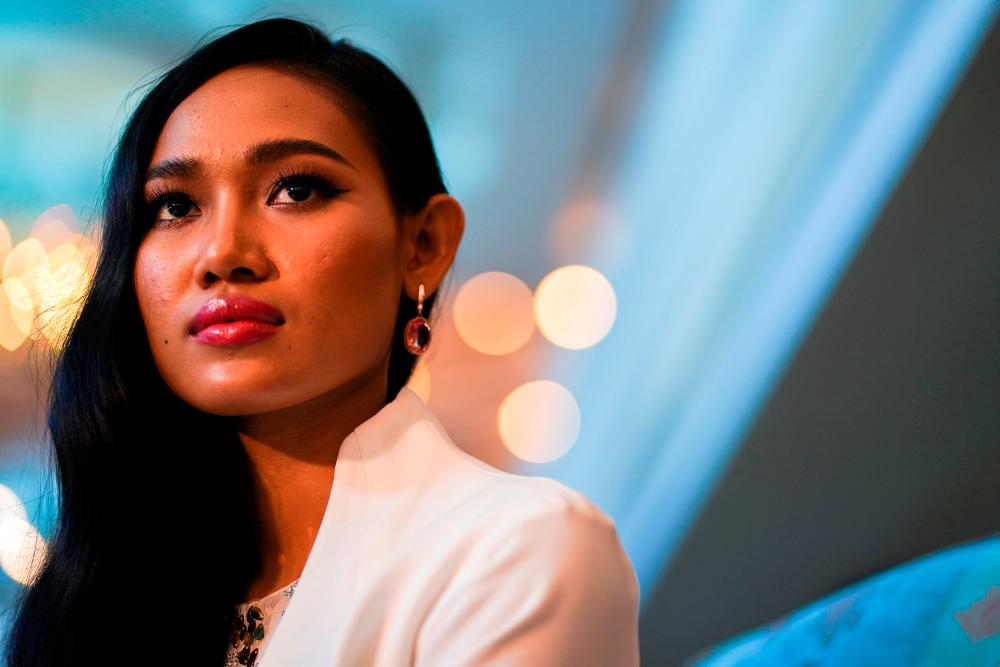 BANGKOK: A Myanmar beauty queen who spoke out against the military coup in her homeland appealed Friday for help after being refused entry to Thailand by immigration officials.

Thaw Nandar Aung (pix), better known by her professional moniker Han Lay, has been held at Bangkok's main international airport since Thursday after arriving on a flight from Vietnam.

She made headlines in March 2021 when she urged the world to “save” the people of Myanmar from the military, which had seized power a month earlier.

Thai immigration officials said she was denied entry to the kingdom because of a problem with her passport.

In a post on her verified Facebook page on Friday, Han Lay said she feared the Myanmar police would come and get her at the airport.

“I request to Thai authority from here please help for me,“ she wrote in English, adding that she had contacted the UN refugee agency.

A Thai official told AFP that Myanmar police had not spoken to her and said it was up to her to decide where to fly to from Bangkok.

While in Bangkok competing in the Miss Grand International contest, the former psychology student spoke out against the coup, which ousted the civilian government led by Aung San Suu Kyi.

“I want to say from here to the world: please support the Myanmar people,“ she told Thailand’s Khaosod English news outlet.

“So many people die in Myanmar by the guns of the military... Please save us.”

Myanmar has been in chaos since the coup, with the junta struggling to quell resistance to its rule.

A military crackdown on dissent has left more than 2,300 civilians dead, according to a local monitoring group.

The junta puts the civilian death toll at almost 3,900.-AFP