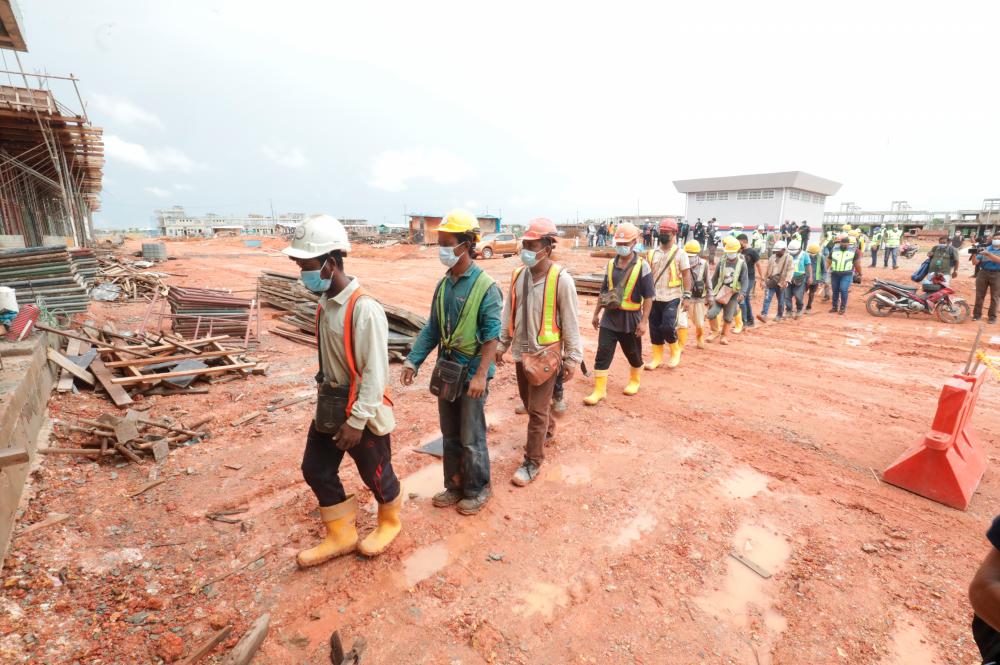 PETALING JAYA: While just over 19,000 foreign workers have arrived in Malaysia since early this year, their numbers are far too few compared with the estimated one million additional workers required.

This is on top of the 1.4 million already working in the country, the Malaysian Employers Federation (MEF) told theSun.

Its president Datuk Dr Syed Hussain Syed Husman was commenting on Human Resources Minister Datuk Seri M. Saravanan’s disclosure on Sunday that 19,043 foreign workers had arrived in the country since early this year, and that more would be brought in within the next few months.

Syed Hussain said Malaysia had already lost RM32 billion in revenue due to the shortage of workers in the plantation industry alone, and that companies run the risk of losing customers for failing to fulfil orders.

Syed Hussain said due to the freeze on recruitment of foreign workers in 2020 and 2021, border closure to combat the Covid-19 outbreak, and the inability to replace those whose temporary foreign worker permits expired in the last two years, employers were currently facing a serious shortage of workers.

“Already, there were reports that Malaysian companies were forced to reject orders because of the labour shortage.

“If the foreign labour issue is not resolved urgently, some of these companies may have to cease operations, further damaging the economy.”

Syed Hussain added that all economic sectors, including plantations, faced a labour shortage after the economy was fully reopened.

Businesses need to recover lost revenue as soon as possible to sustain their operations, but they are frustrated at not being able to recruit the required number of workers.

“This is despite the fact that some 650,000 Malaysians are currently unemployed.

“Employers have exhausted all avenues to recruit the required number of workers.

“The reality is that locals are not interested in filling up the vacancies. As such, there is an urgent need to address issues related to bringing in foreign workers,” he said.

Syed Hussain pointed out that employers were required to comply with various laws and regulations relating to the employment of foreign workers and at the same time, deal with requirements to manage them.

“Because of language barriers, most employers face difficulty in communicating instructions and company policies to foreign workers. This may potentially contribute to the risk of accidents caused by their failure to understand assignments.

“Most foreign workers adapt to Bahasa Malaysia over a reasonable period, but it is important for companies to have a simple system in place to overcome the initial communication barriers.”

Syed Hussain said MEF was concerned that the shortage of foreign workers was hampering local industries from fully capitalising on the current high demand for commodities, manufactured goods and services.

He expressed hope the government would immediately act to overcome the shortage, that could cause the economy to lose billions of ringgit.