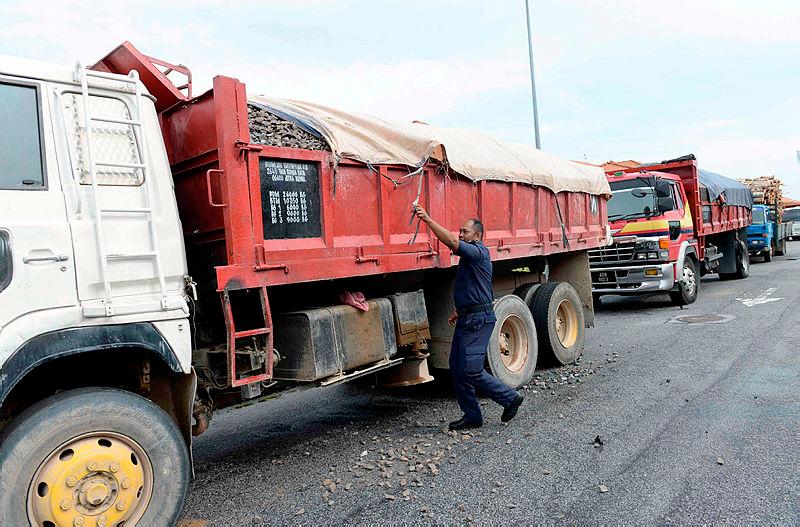 KOTA KINABALU: Overloaded lorries, especially in the rural areas, and the expired service life of the roads are among the factors roads in the state are easily damaged, says Sabah Public Works Department (PWD) director, Ali Ahmad Hamid.

He said the department had detected vehicles overloaded with oil palm fruits and timber using these roads, resulting in the roads being subjected to excessive pressure and subsequently, damaged fast.

He said those involved in the activity were very cunning in avoiding enforcement by, among others, opting to use the roads at 1 am and had radio communication facilities to detect the movements of the authorities.

“Much of the strength of a road depends on the structure comprising stone layers, namely, the sub base or road base.

“The structure does not have soil (between the layers) but becomes compacted and soil entered it when an overloaded vehicle passes over. Subsequently, the thickness of the road becomes less and the road structure is weakened.

“Undeniably, sometimes the quality of the road construction is also an issue as the construction was not supervised well.

“As such, the road is easily damaged but the most critical issue to fast road damage is overloaded vehicles,” he said when commenting on the issue of damaged Sabah PWD roads in an online interview today.

Ali Ahmad said all parties including the Road Transport Department, Royal Malaysia Police, PWD, oil palm entrepreneurs and the local populace must work as a team to curb overloading of vehicles which damaged roads in the state.

In addition, he said every road built had a certain service life and the department found that most of the federal roads, especially on the Pan Borneo route, had expired service lives.

After the roads had exceeded their service lives, he said rebuilding them would be the best solution as the roads could be easily damaged and maintenance work could not be done effectively.

“This does not mean that no road maintenance is done. It is done but the problem is that we also have allocation constraints,” he added.-Bernama