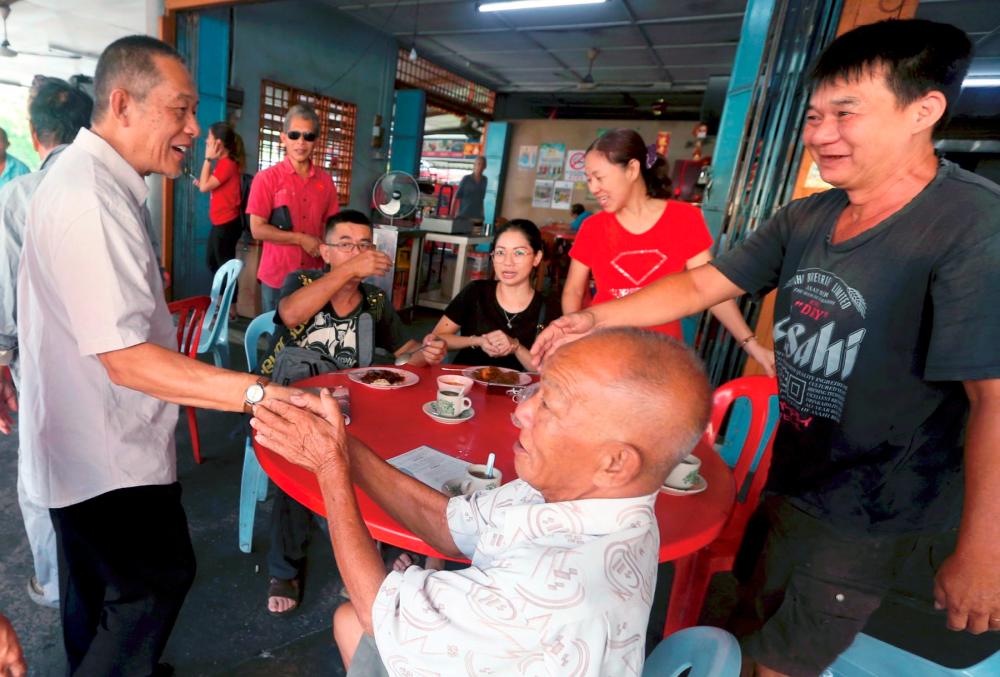 PETALING JAYA: It is cheers to the Finance Ministry for revoking the liquor licence policy for restaurants and coffee shops.

In a statement, MCA president Datuk Seri Wee Ka Siong, who is on an official visit to London, said he had spoken to Tengku Zafrul, who is currently in Singapore.

“He confirmed the Finance Ministry had indeed cancelled the above directive and promised to instruct the Customs Department to abide by this decision,” he said.

In welcoming the revocation, social activist Tan Sri Lee Lam Thye pointed out that the regulations would have inconvenienced regular patrons of the establishments and caused hardship to petty businessmen for whom alcoholic drinks have been one of the mainstays of their operations for generations.

“No cogent reasons had been given for the new regulations. However, one reason that has been floating around is that liquor consumption has been the cause of road accidents by those who drink and drive,” he pointed out.

Looking at the demographics of regular patrons of coffee shops who imbibe, Lee noted that they are adults who should be entitled to indulge a little after a hard day’s work.

Additionally, he wondered if the move had a political motive behind it.

“We have no room, and should have scant tolerance for narrow mindedness, sectarianism, religious division and bigotry. We live in a tolerant multi-racial, multi-religious, multi-cultural society. So far, that has been our strength. Now, let that not be our weakness,” he said.

“Its purpose is to first reduce consumption and sales of alcohol, also to confine it to the private sphere to make drinking ‘shameful’ and ‘dishonourable’ and finally to ban it entirely. Such a view goes against what the world has been taught about the Islamic principle of religious freedom,” he said.

Wong added that Muslim nationalism is not Islam and it also goes against the Nusantara norm, where cultural freedom of various groups and even individuals is respected as long as such freedom is not exercised in excess to cause public damage.

“Most importantly, it harms the basis of Malaysia as a secular federation. Borneo leaders like Tuaran MP Datuk Seri Wilfred Madius Tangau have repeatedly reminded Malaysians to uphold religious freedom or the sustainability of Malaysia would be called into question.

“The anti-alcohol crusade must not be mistaken as representing Islam in its inclusive form or driven by health or public interests. If it is the latter, then we would be citing scientific data to debate on how much or what type of alcohol would cause harm, instead of trying to ban it in the name of faith. Likewise, if it is about dangerous behaviour after drinking, then we would be talking about more roadblocks or citing statistics of alcohol-related incidents,” he pointed out.

To effectively resist this anti-alcohol crusade, Wong added that cultural freedom and secularism must be defended sensibly.

“Perhaps we should also promote the four-point Borneo attitude towards alcohol consumption articulated by Madius. While alcoholic beverages are part of cultural heritage for many, it is not for Muslims. Irresponsible behaviour during and after drinking are to be condemned and beyond these, it is individual freedom to drink or not to drink. Surely, we can stay sober and not get drunk by politics,” he said.

Political analyst Prof James Chin said he sees that the move seemed like the start of a rise of political Islam in Malaysia.

“Moral policing has always been there, this is not the start of it. The reason it is more ‘amplified’ in today’s era is due to the internet.

“People talk about it often and word spreads fast on the internet, whether it is complaints or just a topic of conversation,” he said.

He added that the parties who continue to push forth the idea of political Islam in Malaysia are those we should look out for as they believe in an idea that is discriminatory towards non-Muslims.

The policy, if implemented, will not only inconvenience regular patrons of restaurants and coffee shops but also cause hardship to petty businessmen for whom alcoholic drinks have been one of the mainstays of their operations for generations.