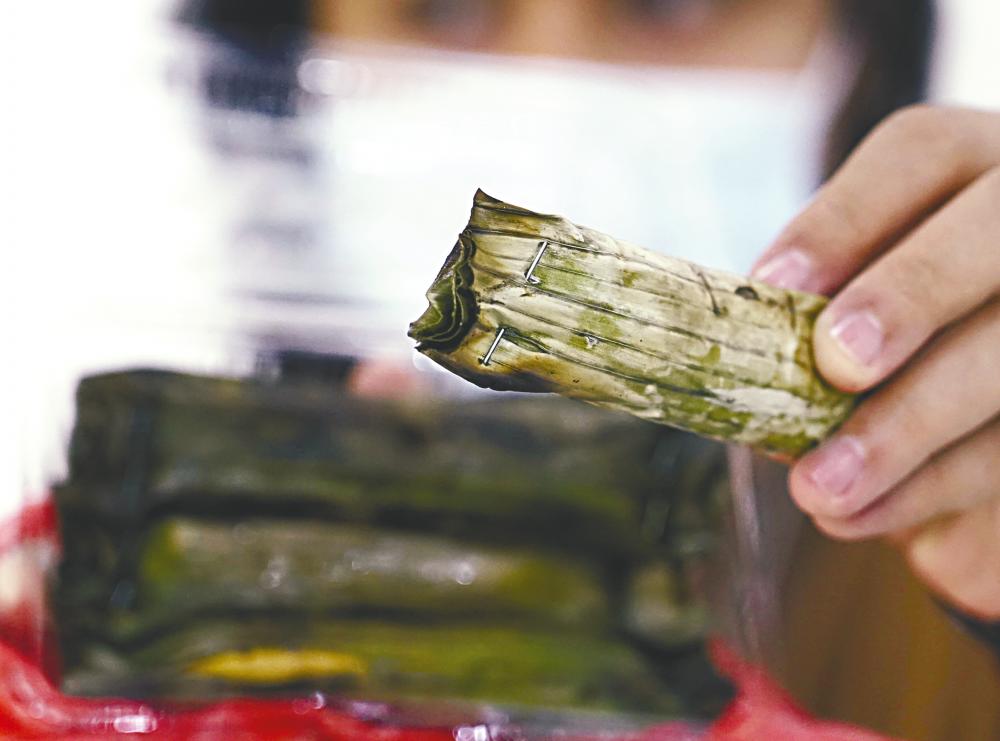 Many food vendors ignore the fact the using staples to pack food is a violation of existing regulations. – AMIRUL SYAFIQ/theSun

PETALING JAYA: Consumers have a role to play in ensuring the food they buy is safe for consumption. Federation of Malaysian Consumer Associations chief executive officer Saravanan Thambirajah said those who are not satisfied could lodge a report with the National Consumers Complaint Centre on its website.

He was commenting on reports that many hawkers have been using staples to secure food packaging, although it is against regulations.

Recently, a five-year-old boy had to be rushed to hospital when he complained of abdominal pains after consuming a packet of food.

An X-ray showed that he had ingested a nail, and had to undergo emergency surgery.

In response, Health Director-General Tan Sri Dr Noor Hisham Abdullah instructed food sellers to stop using harmful objects in their food packaging. Those who flout the rules are liable to a fine of up to RM10,000, two years’ imprisonment, or both.

Saravanan pointed out that the issue of food safety goes beyond the packaging.

“Consumers should be vigilant when they go to a restaurant or food stall for their meals. Look around. Observe what goes on there, especially if you decide to dine in.”

He advised the public to check the eatery’s business licence and the level of cleanliness as graded by the local authority.

“These should be clearly displayed inside the eatery.”

“They should be wearing hair (covers) and gloves when handling the food to ensure cleanliness,” he added.

“The safest way to pack food is to not use hazardous objects such as staples,” he said, adding that dry foods could be packed in sealed bags and traditional food such as nasi lemak could be packed without the use of staples.

Yow stressed that the main priority of food sellers should be the safety of consumers.

He said staples and other harmful objects should never be placed near any type of food or drinks.

“Accidents can happen and someone may end up swallowing one of these objects and require surgery.”

Yow advised traders to be more careful when packing food.

“They can be creative but not to the extent of endangering the consumer.”

He said courses on how to safely pack food for sale have been organised for traders who are members of associations in the federation.

“This is our way of creating awareness and to teach them the safest way to pack food.

“There are many ways to pack food correctly and safely. We hope that once they have acquired the knowledge, it would put a stop to incidents of people swallowing harmful objects with their meals,” he added.