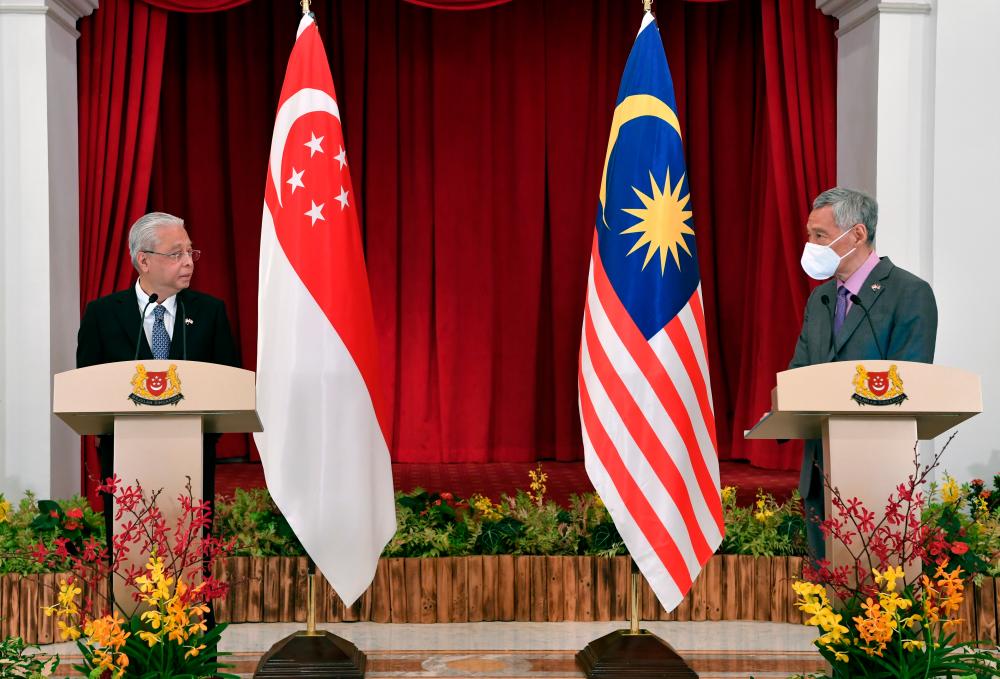 In a recent meeting between Prime Minister Datuk Seri Ismail Sabri Yaakob and his Singaporean counterpart Lee Hsien Loong, the latter said the republic was open to fresh discussions on the project. – BERNAMAPIX

PETALING JAYA: Two economists theSun spoke to have offered differing views on whether the Kuala Lumpur-Singapore High Speed Rail (HSR) should be revived.

“If the Singaporean and Malaysian authorities can find a win-win situation in this project, then it should go on. The RM320 million paid to Singapore is a sunk cost and it will not be a factor in considering whether the project should be revived,” Kuperan said.

Last week, Singapore Prime Minister Lee Hsien Loong said the republic was open to fresh proposals from Malaysia on the HSR project, that both countries had previously agreed to terminate.

Lee said the transport ministries of both countries would discuss the matter and Singapore looked forward to receiving more details from Malaysia.

“The Malaysian economy is doing badly with a decline in GDP of 4.5%, according to the latest figures. And the economy may only manage a growth of 3.8% for the whole of 2021. Thus, a revival of any project that may add to investments and employment should be welcomed,” Kuperan said.

On economic benefits the revival would produce, he listed the improvement of transportation infrastructure and the connection to Singapore – a very important economic outlet for goods and services – as some of the gains.

Meanwhile, Rajah said he finds the revival plan strange as the cancellation took place under the Perikatan Nasional government.

“The reason given then was that its costing was way above what it should be.”

He urged members of the government who sought the cancellation to answer this question as it comes out as a bad decision if the same government, although with a different prime minister, is seeking to revive what the Barisan Nasional government had proposed to do prior to 2018.

However, he noted that the revival may be worth reconsidering if the costs are scaled down, and that there be strong participation of Malaysia’s national firms in the project.

“Unlike the Eastern high speed rail line, where assessments show it is not viable economically, the termination of the HSR was, inter alia, done on the grounds that the costs have been inflated beyond market prices, and that insufficient national suppliers will be enlisted to benefit from its construction. Unless these conditions change, the government should not consider reviving it.

“As with infrastructure projects, it can generate the demand essential to stimulate intersectoral linkages, and with that engender the conditions for further growth. However, if the costs are too high, it can produce a sub-optimal outcome, including economic leakage from over-reliance on foreign suppliers. This is especially so when Malaysia has proven world class national firms engaged in the construction industry, such as UEM and Gamuda,” he said.

On Jan 1, Malaysia and Singapore jointly announced the termination of the HSR project as both countries failed to reach an agreement on changes proposed by Malaysia before the project agreement lapsed on Dec 31, 2020.