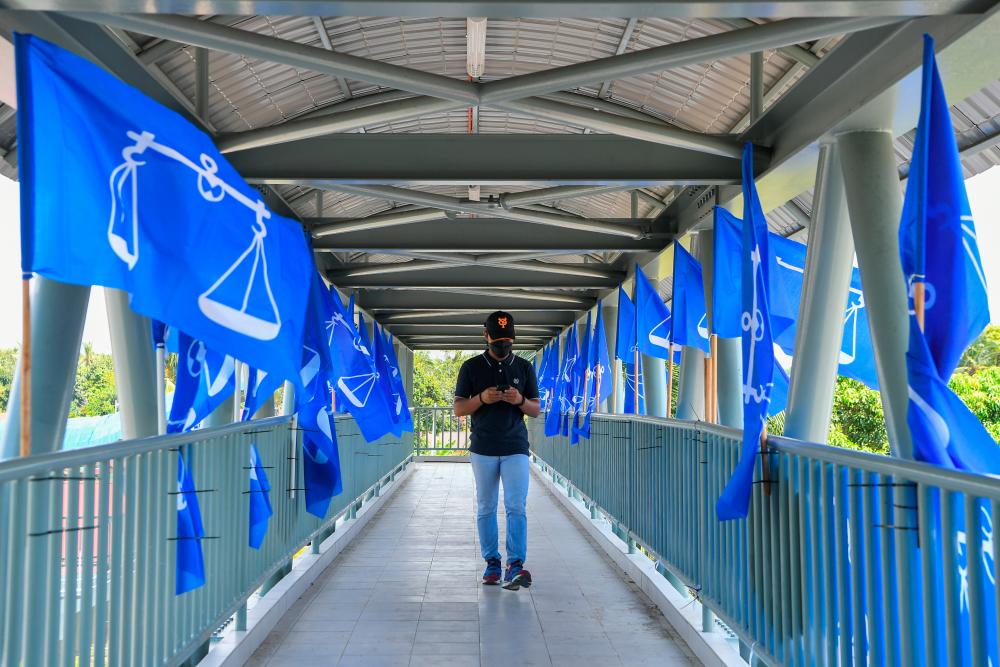 PETALING JAYA: Barisan Nasional’s (BN) success in Malacca makes a strong case for the coalition to strike out on its own.

The coalition won 21 of the 28 seats in the recently-concluded snap election. However, views differ on the viability and rationale of abandoning its allies.

But another political analyst, Khoo Kay Peng, said the time is ripe for BN to go solo given that it now also controls the federal government.

Umno, MCA and MIC are all that is left of the once mighty coalition that had 13 component parties at its height.

However, dissatisfaction over deep-rooted corruption in the government led to its downfall in the 2018 elections. But the coalition, particularly its linchpin Umno, is slowly but surely regaining confidence, leading to its decision to stand alone in Malacca, a move that had proven fruitful.

Azmi said while the Malacca polls showed that Umno had Malay support, it did not necessarily mean that the backing exists nationwide.

“It would be risky for BN. Better for them to continue working with PAS and Bersatu,” he told theSun.

He said that given its strong position, Umno would be able to dictate terms to Bersatu and the smaller party would be in no position to argue.

“Bersatu should realise that it does not have real grassroots support. It will need help to retain the seats it won.”

Azmi said Umno could also use the opportunity to remove those who had abandoned the party to join Bersatu and demand that seats allocated to them remain in Umno hands.

“Bersatu only made a big breakthrough in the Felda seats because they had the backing of former prime minister Tun Dr Mahathir Mohamad and PKR in 2018. That support is not there anymore,” he said, adding that Bersatu would lose in a straight fight with BN.

“Based on this and other reasons, many Umno leaders have been gunning for the coalition to contest the next election on its own strength.

“However, I think this is still risky. It would be more advantageous for them to work with Bersatu.”

Awang Azman, who shares the same sentiment, said there is “no sense” now for BN to work alone.

“It still needs the support of PAS in states such as Terengganu, Kelantan and Kedah, where the Islamist party has strong support.

“They must not misjudge PAS although the party has made several missteps. Their leaders had become arrogant since they became part of the federal government. They seem to ignore the needs of the people,” he said.

He added that BN should observe PAS over the next three to six months to see how much of the Malay support they can still garner.

On working with Bersatu, Awang Azman said BN has the winning hand so it could remain in the driver’s seat.

However, Khoo said the time has come for BN to seek its fortunes without the baggage of PAS and Bersatu.

“It is already in control of the federal government and it can decide what goodies to give out to the Malays to strengthen its hand further for the next general election.”

Khoo said even young Malay voters would support BN because it holds the key to the goody bag.

“All that the people want now is to find a way back to earning a decent income,” he said, adding that it would be out of the question for BN to agree to work with Bersatu if the latter refuses to give in (to Umno’s terms).

“In any case, Bersatu does not have the kind of grassroots support that Umno needs,” said Khoo.