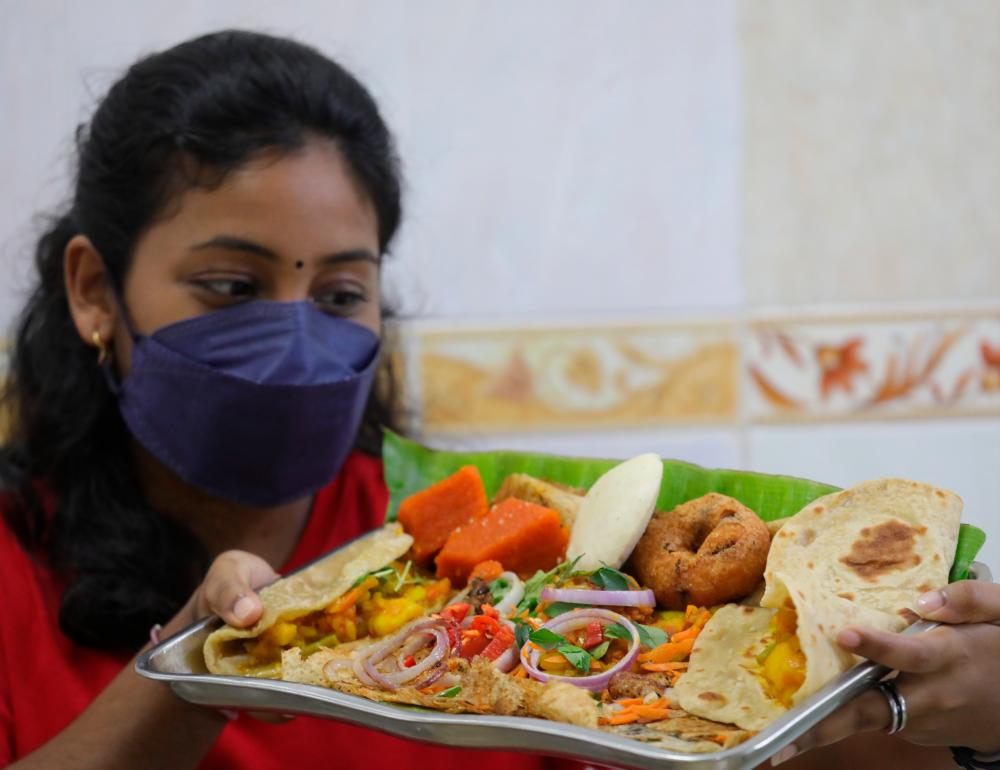 Vegetarian fare can be just as delicious and nutritious as meat-based dishes. – MASRY CHE ANI/THESUN

PETALING JAYA: Unlike his peers, 12-year-old Onn Zia Zen does not remember ever having meat at mealtimes.

Until he turned five, Zia Zen had been discouraged from eating meat by his mother, who was then a vegetarian.

“But when I was five years old, my mother began to take some traditional Chinese medicine that required her to start eating meat,” he said.

While his mother said he could also start eating meat, Zia Zen had lost the appetite for it, choosing instead to remain a vegetarian.

He does not have trouble at school because vegetarian food is available at the canteen.

“I feel good about being a vegetarian and on the plus side, no animals have to be slaughtered just to feed me,” he told theSun.

It has long been acknowledged that vegetables are good for health. However, a dietitian has said that the benefit of being a lifelong vegetarian is not all that it is made out to be.

“It is not actually good for health,” said Farah Farhanah Hashim, while acknowledging that research has shown that a vegetarian diet is healthier than a meat-based alternative.

However, she said it may not be suitable for the long term, especially for the young.

“For instance, there is a deficiency in protein, Vitamin B12 and Omega 3 in a vegetarian meal,” she said, adding that the rate of absorption of vitamins and minerals from a plant-based diet is only 60% to 70%, compared to a non-vegetarian meal.

For this reason, she said one would have to plan his menu well if he wants to be a vegetarian for the long term or for life.

Farah, who is a member of the Malaysian Dietitian Association, pointed out that a 12-year-old would just be entering the adolescent years and needs an optimum intake of calcium that a vegetarian meal cannot provide in sufficient quantities.

But she said the situation could change.

“Nutrition is a science, not an opinion. The science changes (every now and then). What is known to be good for your health now may be detrimental to you tomorrow.”

She noted that there are various categories of vegetarians, such as lacto vegetarian, ovo-vegetarian and flexitarian, each with its own benefits.

Farah said the key to staying healthy is moderation and variety.

She advised vegetarians to take their supplements and see a doctor frequently for a medical check-up.

“Research has also shown that a vegetarian diet leads to an excessive intake of carbohydrates, which could lead to diabetes later in life,” she said.

It has been estimated that there are about two million vegetarians in Malaysia, including seasonal ones, creating a rising demand for vegetarian food.

For K. Vasudevan, who operates a catering business, ensuring that vegetarian food is available at events such as weddings has become the norm.

“This is especially so at Hindu weddings, given that most are vegetarians, some on specific days of the week and others (full time),” he said.

To cater to their needs, Vasudevan now has a cook who specialises in vegetarian food.