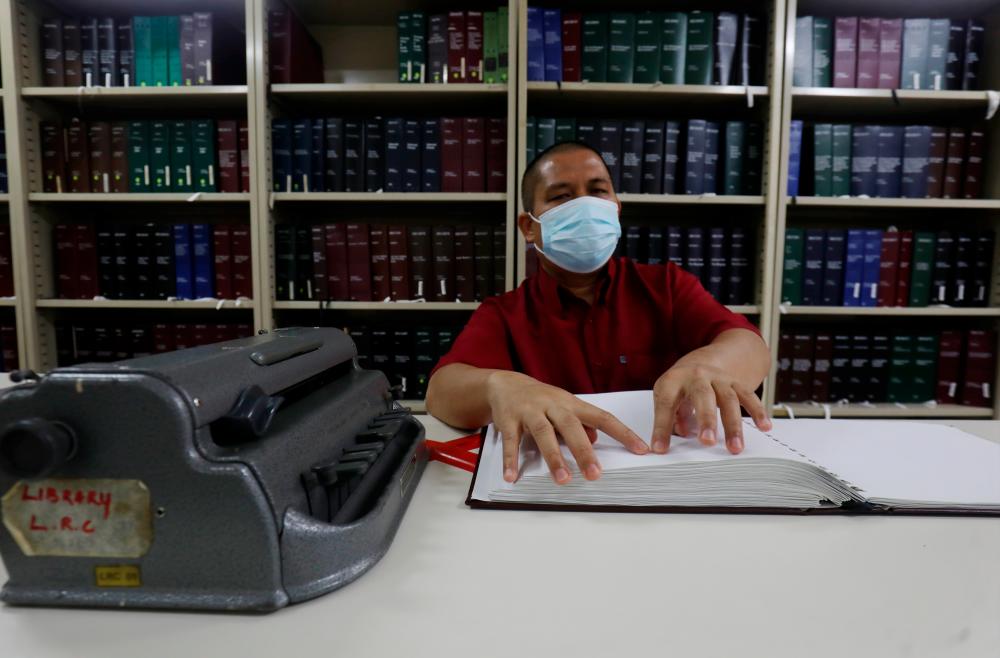 PETALING JAYA: Technological advancement has taken humans to a never-before-experienced level of convenience.

Unfortunately, it has not had quite the same impact for the visually impaired. For instance, touch-screen technology is great, but only for the sighted.

He said the biggest obstacle is the high cost of apps needed to enable them to easily use the computer.

Several screen reader programs such as Jaws, Orbit and Braille Notes that are already on the market have given visually impaired users greater access to the internet.

However, the costs are quite prohibitive, putting it beyond the reach of most users, especially students.

A quick check online revealed that a Jaws single-use licence costs US$95 (RM404) a year.

“There are more free apps with better functionality available on the iPhone than on the Android phone.”

Another challenge is internet banking. According to George, the interface of the available apps now are not that user-friendly for the visually impaired.

“Furthermore, many banks constantly upgrade their apps and there is a possibility that some key features that are helpful for people with vision loss are overlooked.”

He suggested that rather than create a new app specifically for the visually impaired, banks should ensure that their current ones comply with Web Content Accessibility Guidelines.

“This will ensure that the screen readers are compatible with the app,” he said.

To pave the way for the visually handicapped to gain a fair level of access to the internet, MAB has set up a comprehensive information technology team to advise users on the matter.

“The use of digital cameras and video (image sequencing) processing powered by AI technology can function as a ‘third eye’ to those with visual impairments.”

He added that there also are many products in the market that provide visually impaired individuals with alternatives to auxiliary sense such as voice recognition.

Ainuddin suggested that all the technological advances be integrated into a single app.

“Everything is possible in the process of adapting current knowledge to advance related technologies in computer-human interaction. We are limited only by our creativity.”

He urged researchers, web and app developers to help pave the way to a more caring society by producing apps and devices that would be beneficial to everyone, from able-bodied to the disabled.

“The people who create the technology should be at the forefront of exchanging ideas with every minority group in society so that we can understand their struggles and create awareness.”

“The government should also offer grants and tax exemption to technology entrepreneurs.”