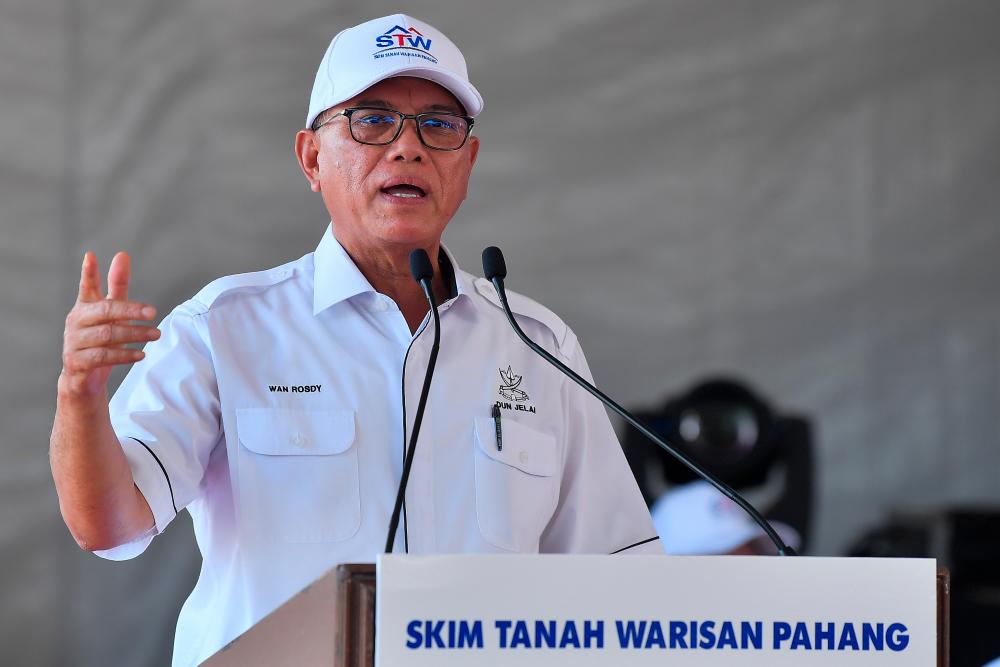 Through the scheme, residential land lots between 8,000 and 10,000 square feet at a premium payment of RM10,000 are given to those eligible and they need to build a house within five years, with the construction costs fully borne by the individuals.

“The state government provides all facilities, such as access roads, drainage systems, electricity, and water supply infrastructure on the land involved. The design and area of the house are up to the individual, but they need to get approval from the local authorities (PBT).

“The eligible individuals are allowed to pawn the land to a lending institution to obtain a loan to cover the cost of building a house,“ he said at a press conference after launching STW Kuala Medang today.

Wan Rosdy said STW Kuala Medang is the first location for the programme before it is expanded to Pekan and implemented in stages in other districts based on the needs and affordability.

Wan Rosdy said the application for the scheme must be made at the district and land offices for time being, and priority would be given to people in Pahang, local community (where STW is being implemented, low-income groups or those deemed eligible by the STW Selection Committee.

He added this project also involved the local community without a payslip as they are working in the villages, as rubber tappers or traditional fishermen.

To ensure the goal is achieved, Wan Rosdy said the ownership of the land involved is given a 10-year moratorium, during which, it cannot be sold or transferred.-Bernama