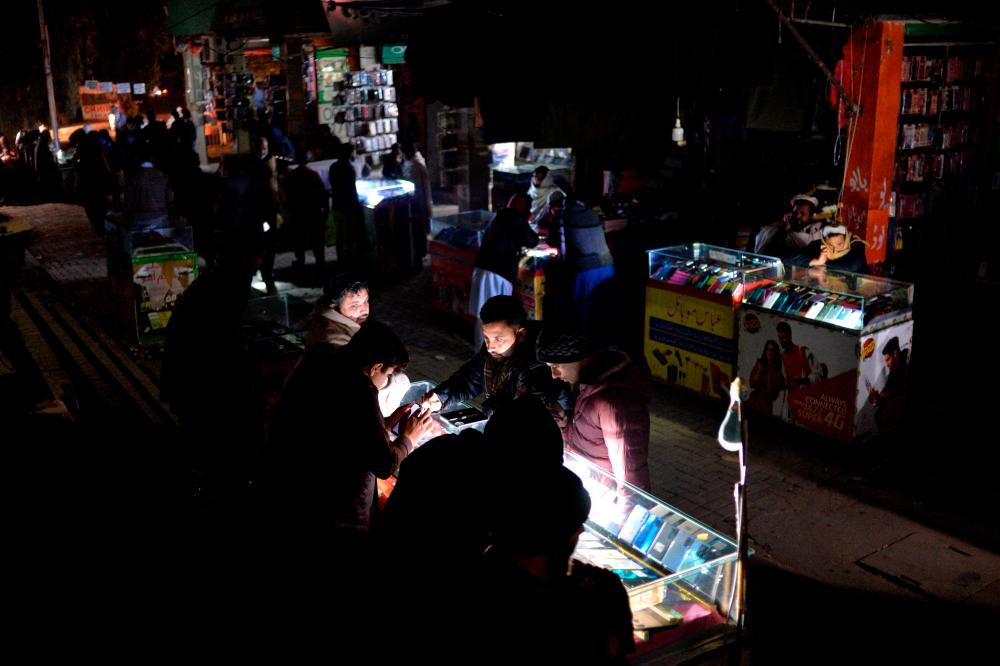 Shopkeepers sit at a market during a nationwide power outage, in Islamabad on January 23, 2023/AFPPix

NEW DELHI: Pakistan's power distribution network has been restored about 24 hours after a grid failure on Monday caused a nationwide outage.

All 1,112 grid stations of the national electricity grid have been restored, National Transmission and Dispatch Company (NTDC) said on Tuesday.

“Today, at 5.15 am, the system was completely restored across the country,“ Energy Minister Khurram Dastgir Khan said at a press conference in Islamabad.

NTDC said it will take another 48 to 72 hours for 6,600 megawatts of coal and 3,500 megawatts of nuclear power plants to be re-linked to the transmission system after the emergency shutdown.

“So till then two to four hours of load management may have to be done,“ NTDC said on Twitter.

There were reports of outages in major cities as authorities continued work on Tuesday to restore normal electricity supply to 220 million people nationwide.

Electricity has been restored to important facilities such as airports, hospitals and water pumping stations in Karachi, Pakistan's most populous city and business hub, the city's electricity provider K-Electric Ltd said.

Pakistan's grid failure occurred at 7.34 am on Monday.

The energy minister in a social media post blamed the low winter season power demand for the breakdown.

“During cold January nights, power demand reduces to its lowest for the whole year. Power demand was just over 8,600 MW (on average) during recent nights,“ Khurram said.

“A thorough investigation has begun that will consider all possibilities,“ he added. -Bernama