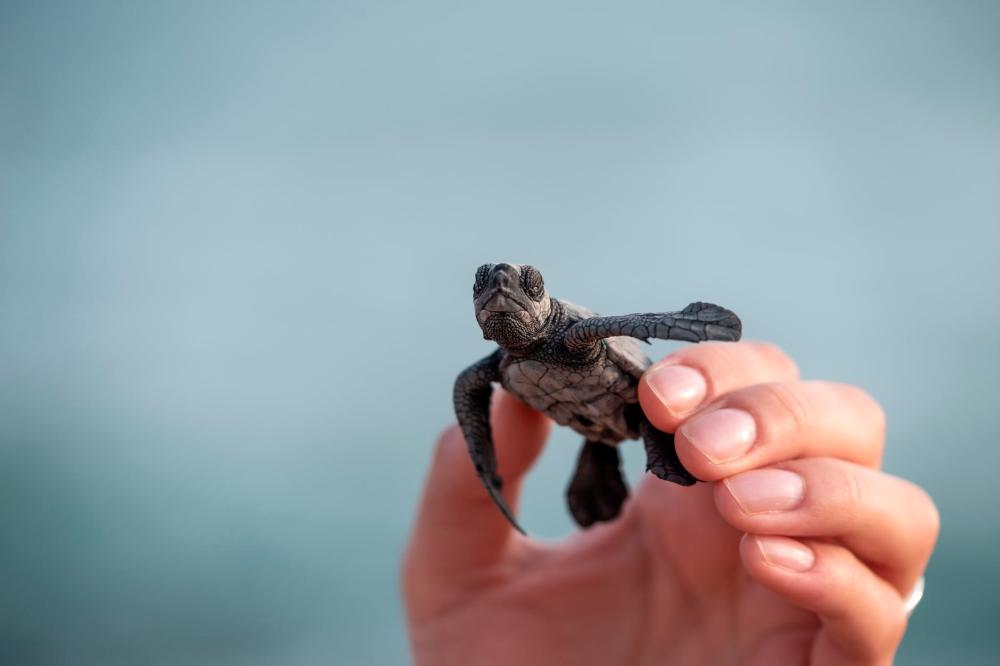 KARACHI: A female turtle lumbers across the beach in Pakistan's bustling port city of Karachi late at night, looking for a place to lay her eggs.

Waiting for her, staff from Sindh Wildlife watch quietly as the green turtle buries a hundred or more eggs in the sand before heading back out into the Arabian Sea.

Because of to Covid-19 and movement restrictions, beaches around the world have more sparsely inhabited by humans since last year. Sea turtles have taken the opportunity to return to their birthplaces in large numbers, reclaiming the now less-polluted, serene beaches to lay their eggs during the main September-November breeding season.

Green turtles seen on Karachi beaches jumped to 15,000 last year from 8,000-8,500 in 2019, Sindh Wildlife says. Lockdowns ended by the start of this year's season, but conservation experts still expect a large number of the endangered animals to visit.

Among the largest sea turtles and the only herbivores, adult green turtles can weigh more than 90 kg (200 pounds).

They nest in more than 80 countries and live in tropical and subtropical coastal areas of more than 140. Conservation group Sea Turtle Conservancy says there are 85,000 to 90,000 nesting females worldwide.

The weather in Karachi can be conducive to egg-laying as late as January, and wildlife officials will keep up their vigil until then.

“The turtles have still had an ample egg-laying opportunity during this period. In this season, too, we have had a large number of turtles coming here. The result is that within a period of three months, we have nested around 6,000 eggs so far,“ said Ashfaq Ali Memon, who is in charge of Sindh Wildlife’s Marine Turtle Unit.

As soon as the mother turtle leaves, staff hurry to dig out the eggs and move them to a three-foot (1-metre) deep pit in a hatchery until the babies hatch, 40-45 days later. The hatchlings are taken to the beach immediately and released into the sea.

The Sindh turtle unit has released 860,000 turtle babies into the Arabian Sea since being set up in 1970. Memon said 900 have been released so far this season.

Conservationists say that in the past, sea turtle populations were threatened by demand for their fat, meat and eggs, but in recent years loss of habitat due to pollution and land reclamation have also taken their toll.-Reuters