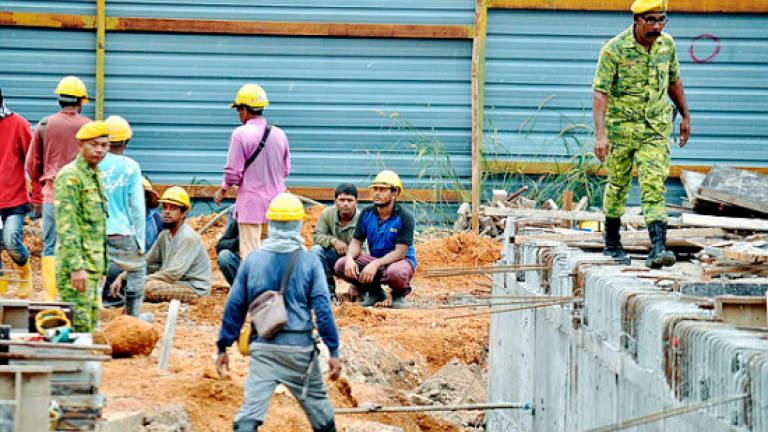 KUALA LUMPUR: The National Association of Private Employment Agencies Malaysia (PAPSMA) has called on the government to expedite the entry of Bangladeshi workers into the country without further delays.

Its president Datuk Megat Fairouz Junaidi Megat Junid said many industries, especially plantation agencies, as well as small and medium enterprises (SME) were facing a shortage of workers due to the Covid-19 pandemic.

“The shortage of manpower in Malaysia is considered to have exceeded two million foreign workers in main sectors that are not of interest to the local workforce, such as manufacturing, construction and 3D (dangerous, difficult, dirty) sectors,” he said in a press conference here today.

According to him, the Malaysian Palm Oil Association (MPOA) in a statement in February this year said Malaysia suffers as much as RM1 billion in losses as a result of palm oil fruits not being harvested on time due to the lack of foreign workers who have returned to their respective countries over the past three years.

“As such, PAPSMA is seeking the cooperation of the Cabinet Committee on Foreign Workers, who are expected to meet soon, to approve the entry of foreign workers from Bangladesh through the policies laid down by the Malaysian government.

“The opportunity to bring in these workers should include all members of BAIRA (Bangladesh Association of International Recruiting Agents) and not merely just a few members, as what has been rumoured in our country,” he said.

He said PAPSMA would oppose any kind of syndication or special privileged recruiting agencies’ involvement in the foreign recruitment industry as it wanted a fair, decent and ethical form of recruitment based on international requirements and standards.

“PAPSMA does not want Malaysia to return to the era of 2015 to 2017 where only 10 Bangladeshi employment agencies were selected which caused many issues and problems,” he said.

On Dec 10 last year, the Cabinet agreed on the recruitment of foreign workers for all sectors apart from the plantation sector and on Malaysia signing a memorandum of understanding (MoU) to enable the hiring of workers from Bangladesh.-Bernama