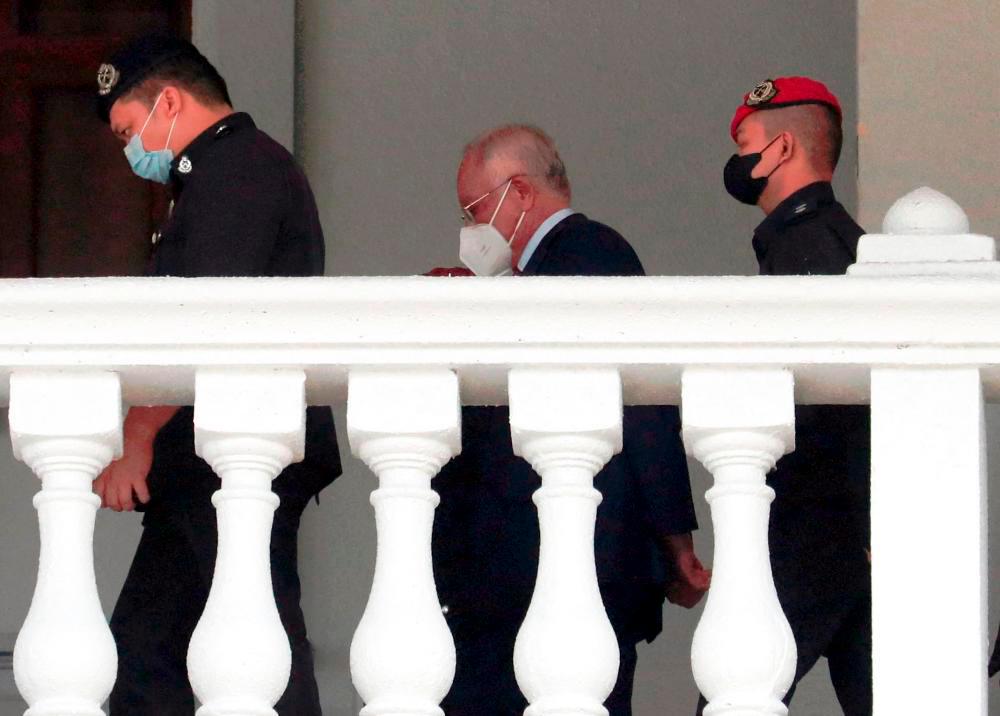 Najib, 69, filed the application for leave for judicial review through Messrs Shafee & Co at the High Court here today.

The former premier named the government, the Minister of Home Affairs and the Commissioner General of Prison as the respondents.

He is seeking an order to quash the decision of the 3rd respondent (Commissioner General of Prison) to not allow him access to his officers/aides for the purposes of parliamentary, legislative and constituent work.

Najib also seeking an order to set aside the 3rd respondent’s decision to not allow him to attend Parliament on the scheduled dates of sitting.

In his supporting affidavit, Najib said the decision of the first and third respondents in rejecting his application on the grounds of security was conveyed to him via the Kajang Prison Office on Sept 28 and he had appealed against the decision to the second respondent on Sept 30.

As the first day of Parliament sitting was scheduled for Oct 3, Najib said he requested for a decision to be made expeditiously so as not to render the application nugatory or academic.

However, he said there was no response from the second respondent and considering the exigencies of time, he filed this legal action.

Najib also stated that the first and third respondents’ refusal to allow him access to his officers and aides for the purposes of parliamentary and constituent matters and the subsequent inaction by the second respondent was an exercise of unreasonableness or irrationality.

Najib added that pursuant to Article 59 of the Federal Constitution, he has a constitutional obligation to discharge his duties effectively and with substance as a Member of Parliament, in the representation of the constituents of Pekan.

“A denial of that right by the respondents in refusing me the ability to administer my constituency is in effect a denial of the wellbeing of the constituency of Pekan,” he stated in his affidavit.

The matter has been fixed for case management before High Court judge Datuk Ahmad Kamal Md Shahid on Oct 12.