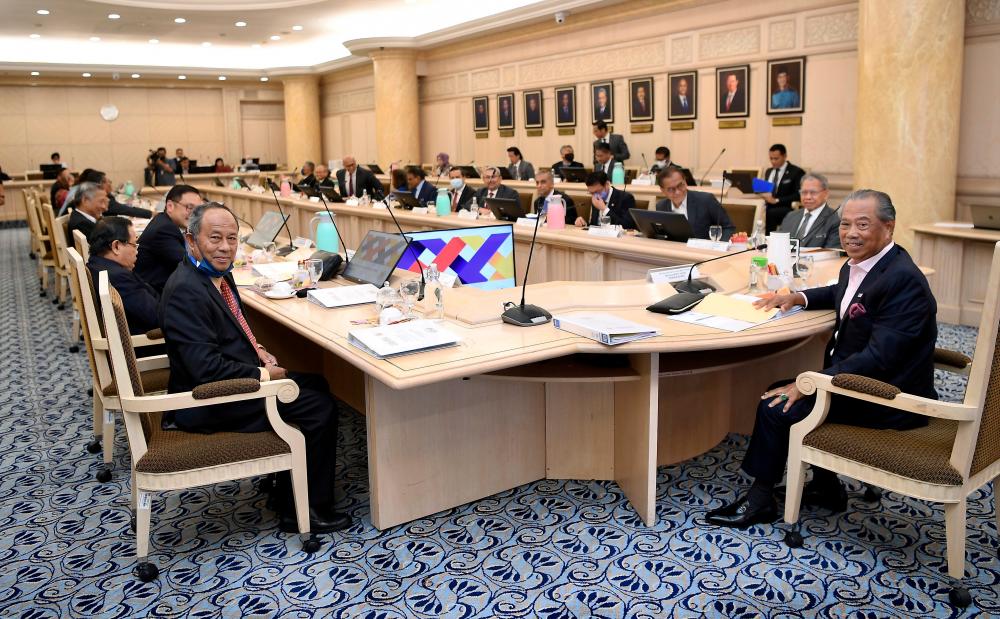 PUTRAJAYA: PAS will make a final decision soon regarding its direction in political cooperation, whether to work with Umno or Perikatan Nasional (PN), said PN chairman Tan Sri Muhyiddin Yassin.

“I was given an indication that maybe within a short time PAS would decide on its future direction in PN ... whether any more efforts will be made with Umno.

“PAS will make its final decision, maybe during that period they might say they don’t have anything to do with Umno,” he told a press conference after chairing the National Recovery Council meeting today.

Muhyiddin, who is Bersatu president, said this when asked about his post on his official Facebook last night regarding the meeting.

Muhyiddin said PN would not try to influence PAS regarding its future direction.

“PN leaves it to PAS to decide. We must take a common stand in all matters so that there will be no clash of interests,” said Muhyiddin.

He said the meeting showed that cooperation between PAS and Bersatu was still strong and close although PAS had earlier criticised Muhyiddin’s statement declaring Barisan Nasional (BN) as the main enemy in the 15th general election (GE15).

“Yesterday’s meeting shows the importance of clarifying our ties and how my statement should not be misinterpreted,” he added.

Muhyiddin, at Bersatu’s sixth anniversary celebration last Saturday, said BN was the main enemy that PN should fight in GE15.

Asked on proposals to establish cooperation for the ummah among Bersatu, PAS and Umno, Muhyiddin said this might not be possible as Umno had decided at its 2020 general assembly to reject any cooperation with Bersatu.-Bernama