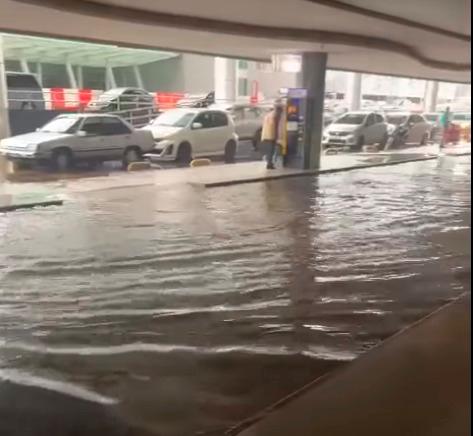 GEORGE TOWN: A Penang state executive councillor has taken airport authorities to task over the flooding that hit the Penang International Airport yet again this morning.

State Tourism and Creative Economy Committee chairman Yeoh Soon Hin claimed in a Facebook post that his efforts to promote Penang had been affected by the flood that occurred outside the airport’s entrance and exit area, as such a sight would ruin the image of the state for tourists arriving there.

He expressed hope that relevant authorities such as Malaysia Airports, the Irrigation and Drainage Department, the Public Works Department and the Penang City Council could discuss and work together to find a long-term solution.