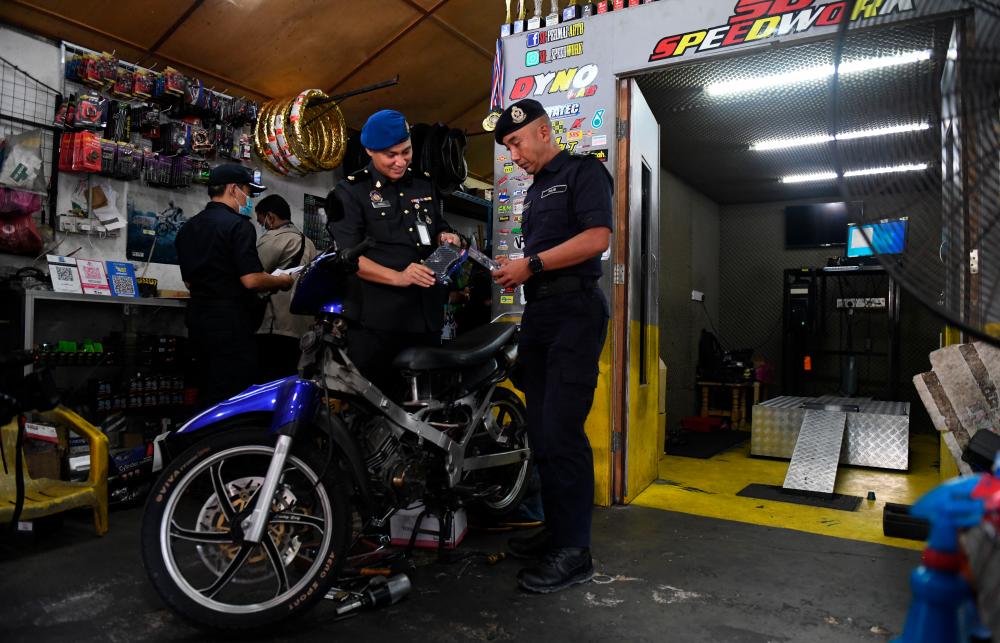 GEORGE TOWN: The Penang Police carried out an integrated operation today to inspect 21 motorcycle workshops in the state believed to be involved in illegal modifications for street racing.

North East District Police chief ACP Soffian Santong said based on the intelligence gathering and surveillance carried out, nine workshops in the district were suspected to be involved in the activity.

He said the investigation was conducted following the fatal accident involving a group of men on motorcycles along the Tun Dr Lim Chong Eu Expressway on July 17.

“The inspection of the workshops is among the measures taken by the police together with several other agencies to ensure Penang is free of illegal racing and ‘mat rempit’,“ he told reporters after leading the operation in the Tanjung Bunga area, here today.

Earlier, Soffian led a group to inspect two motor workshops, including one operating in a housing estate.

He said the Road Transport Department had issued three notices to the workshops for carrying out modifications without a licence, while the police also advised the operators to comply with the set regulations.-Bernama