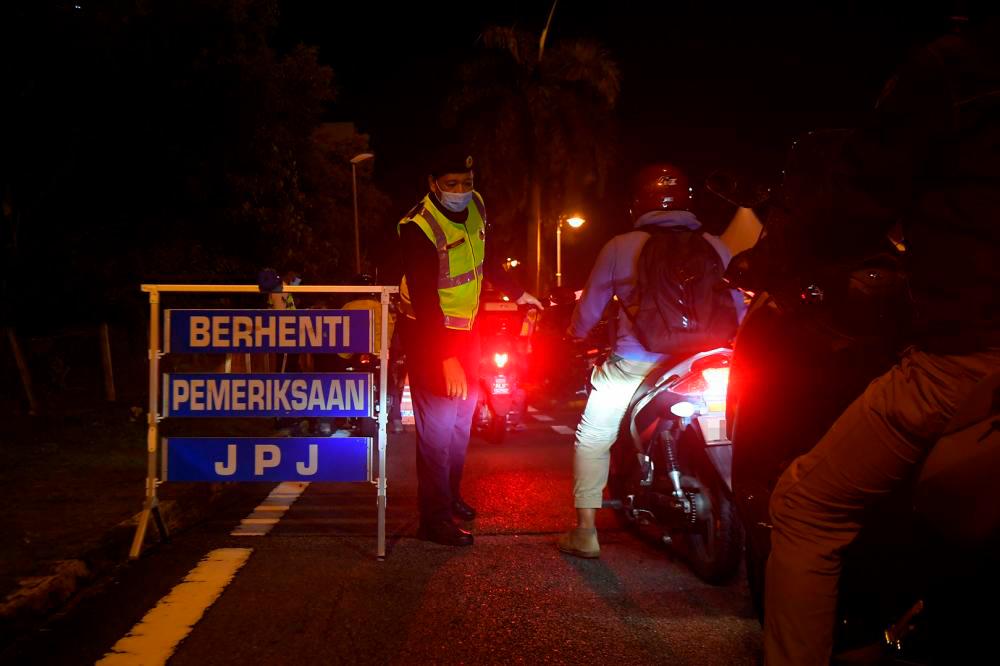 In a statement, Penang RTD said the operation was conducted in stages from last Saturday until yesterday at the motorcycle lane of the Penang Bridge Toll Plaza and Sungai Dua Toll Plaza.

“Throughout the enforcement period, the department has inspected 1,669 motorcycles and issued 329 summonses for various offences such as no driving licence, expired motor vehicle licence and insurance, no side mirror and illegal modification,” the statement said.

It said that 27 motorcycles were also seized in the integrated operation with the police, state Environment Department, Immigration Department and PLUS Berhad.

The operation also targeted motorcycles that were modified for illegal racing or speed testing in an effort to combat illegal racing activities and prevent crime.

Meanwhile, Penang RTD said that using a mobile phone while driving was the main offence detected among motorists during the Chinese New Year celebration week from last Wednesday.

As of yesterday, 18 summons notices were issued for the offence, beating the red lights (15), queue-jumping (13), three each for not wearing a helmet and driving on the emergency lane and one for overtaking on double lines. -Bernama