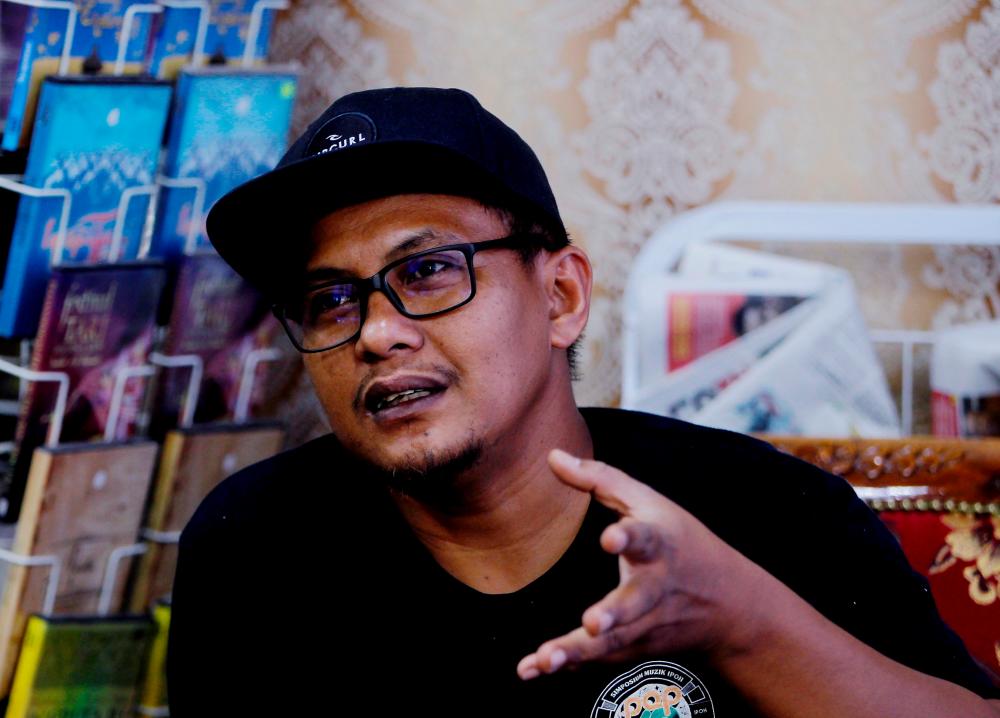 IPOH: The variety of locations, infrastructure facilities, support of local production teams are among the factors that make Perak a preferred destination for carrying out film and theatre production activities compared to other states.

Mohd Rafi Jafranee (pix), 41, Visiting Research Fellow of the Perak Performing Arts Association (PESKAP), said these factors at the same time raised the state as an option for revitalisiing the theatre industry in addition to maintaining the cultural heritage so that it remains intact and not swallowed up by time.

“This state has good facilities without having to spend a lot. Especially when this industry was elevated by the works of the late Mamat Khalid, among them Zombi Kampong Pisang, Hantu Kak Limah Balik Rumah which used heritage villages in Perak as filming locations.

“Last year alone, many film production houses came here because this state is said to be easy to find locations and cheap, including the search for many talents from Perak,“ he told Bernama.

Mohd Rafi also acknowledged that the level of survival of the film and theatre industry throughout the country is the same but the advantage lies in the artistic activities and filming locations in Perak that do not exist in other states, saying these should be polished and given due attention.

According to him, the (Perak) state government always supports and encourages if there are related programmes other than the initiatives of the Department of Arts and Culture (JKKN) in holding several programmes including Cultural Arts Guidance classes which are held by Seni Budaya Negara trainers.

“External associations are also trusted by parents to send their children to theatre, dance and other classes with a very affordable fee of just RM35 for a month.

“If children have free time without meaningful activities, send them to us and we will see the talent they have. This arts education classes are not just to make them artistes, but early exposure can give them confidence in addition to socialising skills,“ he added.

Mohd Rafi said it is not wrong if the theatre industry in this country is given priority over performances from foreign countries because local artistes have quality and value comparable to the international level to the point that they can become famous icons one day.

“If you look at the current trend, there are some who are willing to spend money on concerts of foreign artistes to the point of standing for a long time to see the artiste they are interested in perform.

“Tickets for theatre performances by artistes from our country are only around RM5 to RM10, but it is still difficult for them to buy and support our country’s products,“ said Mohd Rafi, who believes that awareness and promotions play an important role for the survival of Malaysia’s theatre industry. .

In the meantime, Mohd Rafi also welcomes the attendance of people to the ‘Ratu Gambus Padang Changkat’ theatre performance at the Perak JKKN Auditorium for two days starting tonight and tomorrow by calling 0175780294 or 0132802884 to get an entry pass.

He explained that ‘Ratu Gambus Padang Changkat’ is a complete performance of traditional arts containing elements of music, singing, dance and acting in an effort to promote regional arts in Kampung Padang Changkat, Kuala Kangsar which is located behind Istana Iskandariah Perak since the 1970s. -Bernama