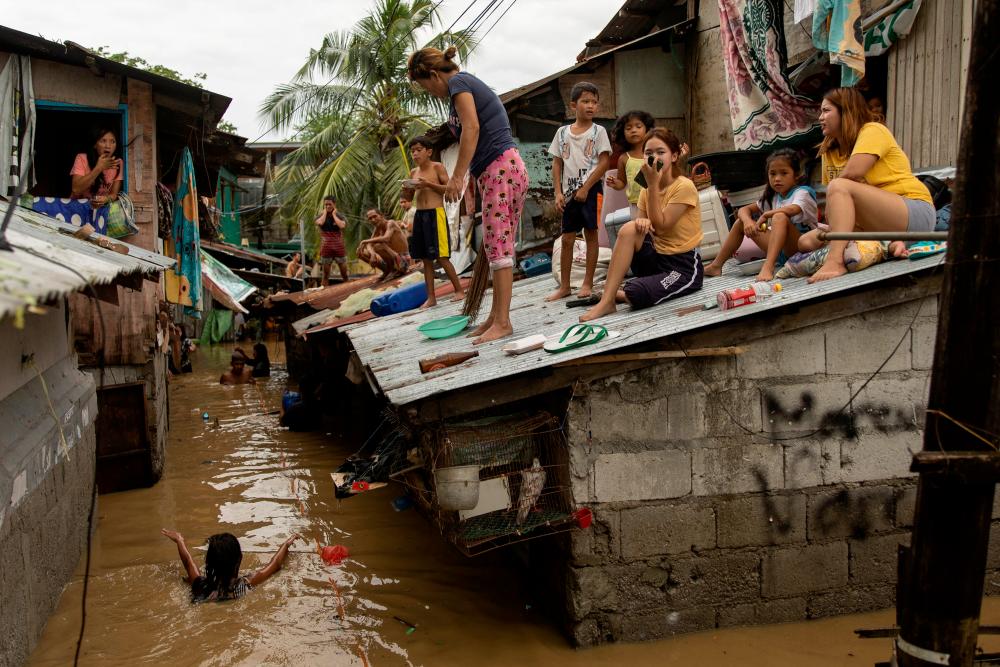 Residents wait on the roof of their homes, for flooding to subside after Super Typhoon Noru, in San Miguel, Bulacan province, Philippines/REUTERSPix

MANILA: Five rescuers have died in the Philippines after Super Typhoon Noru hit Bulacan province and the capital Manila, causing floods and forcing many to evacuate.

Noru hit the coast in Burdeos town in Quezon province before nightfall on Sunday, then weakened. A total of 74,000 people were evacuated.

Philippine President Ferdinand Marcos ordered the closure of schools, government agencies and the stock market until Monday. He also requested a rapid distribution of aid and necessities to the worst-affected areas.

With sustained winds of 195km/h and gusts of up to 240km/h on Sunday, Noru is the strongest to slam the nation this year.

The typhoon was also reported as having maintained its strength, moving to the west of the East Sea at 30 km per hour and packing 140 km per hour winds on Monday. On Wednesday (Sept 28), it is expected to make landfall in Vietnam’s central region.-Bernama