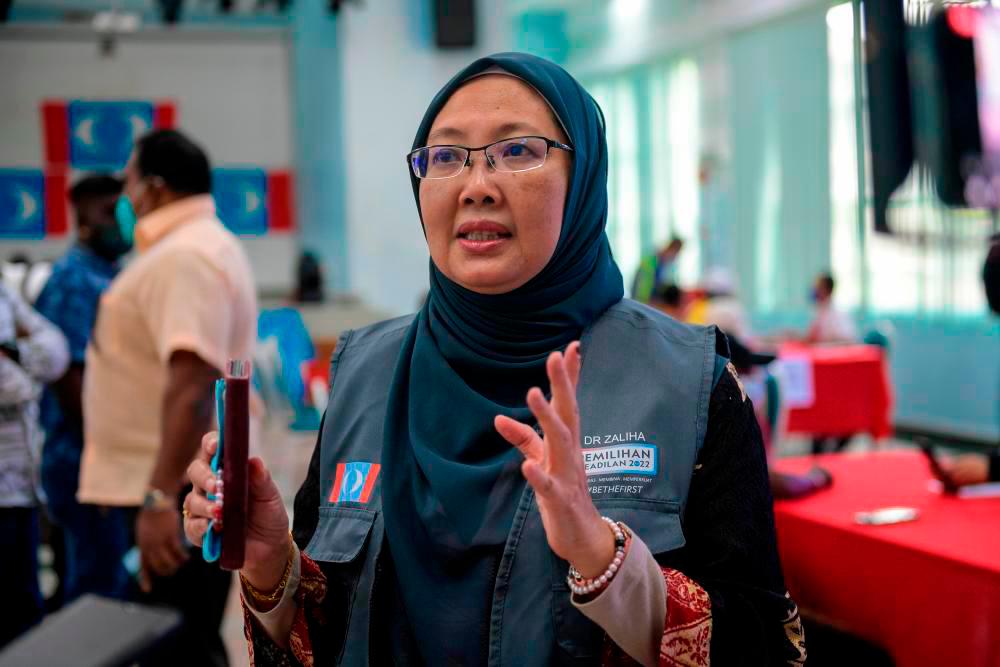 KUALA LUMPUR: Physical voting in PKR’s 2022 elections for eight divisions in four states will be re-held before the end of this month and the unofficial results of the divisional polls will only be known thereafter.

She said the re-voting in the eight divisions was necessary due to several problems including technical glitches that occurred during the physical voting process.

“We have also received protests in several divisions and the JPP is discussing and evaluating all the objections. If we have to do a re-vote, we will do so simultaneously with the voting for the eight divisions mentioned,“ she told Bernama today.

Therefore, she said the unofficial results of the 23-year-old party’s divisional elections scheduled to be displayed on PKR’s official website today had to be postponed and would only be known within 24 hours after the re-voting process in the divisions concerned.

Earlier, it was reported that the five divisions in Kelantan, and the ones in Dungun and Padang Serai had experienced technical problems during the physical voting process while physical voting for the Hulu Selangor division had to be postponed due to logistical equipment such as chairs and tables not being provided.

Meanwhile, Dr Zaliha said that 57 out of the party’s 222 divisions did not see contests for all divisional level positions.

A total of 1,118,423 PKR members are eligible to vote in the elections this time, which sees11,282 candidates vying for positions at the central, divisional and wing levels.

Nominations for 20 posts still available in the Central Leadership Councils (MPP) of the party as well as for the Youth and Women’s wings are scheduled for May 28.

Elections for for the posts of vice president and above at the central, Youth and Women’s wing levels is currently ongoing.

The official announcement of the winners for the central leadership posts will be on June 25 at the party’s Annual National Congress, while for the Youth and Women’s wings on June 24, at their respective annual congresses.