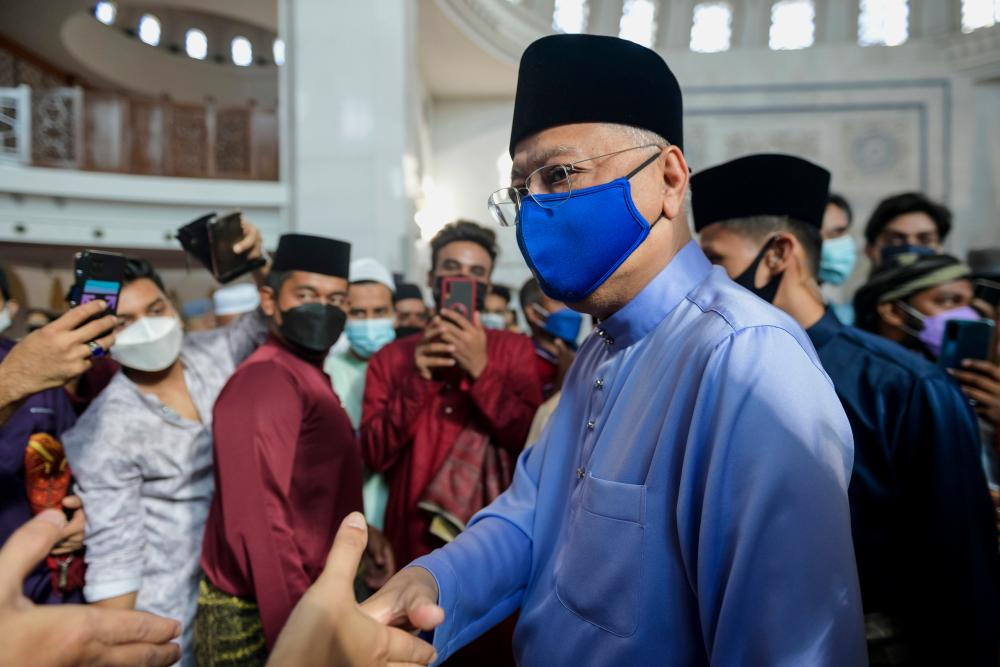 Ismail Sabri who was wearing a green baju Melayu complete with songkok and sampin arrived at Dataran Panglima Tentera Darat, here at 8.40 pm.

Apart from that, Ismail Sabri also handed over ‘duit raya’ (raya money) to orphans of Malaysian Army personnel at the function.

About 5,000 guests turned up for the open house-themed ‘Returning to Village Open House’ which saw various traditional village delicacies served.

Visitors to the event were also entertained by performances of invited artistes such as Wahid Senario as well as fireworks and a bamboo canon display.

Also screened at the function were Aidilfitri greetings from army personnel on duty at the country’s borders.

Several contests were also held to enliven the celebration involving games for children and families.

The occasion was the first time after two years due to the Covid-19 pandemic and the implementation of the Movement Control Order.-Bernama