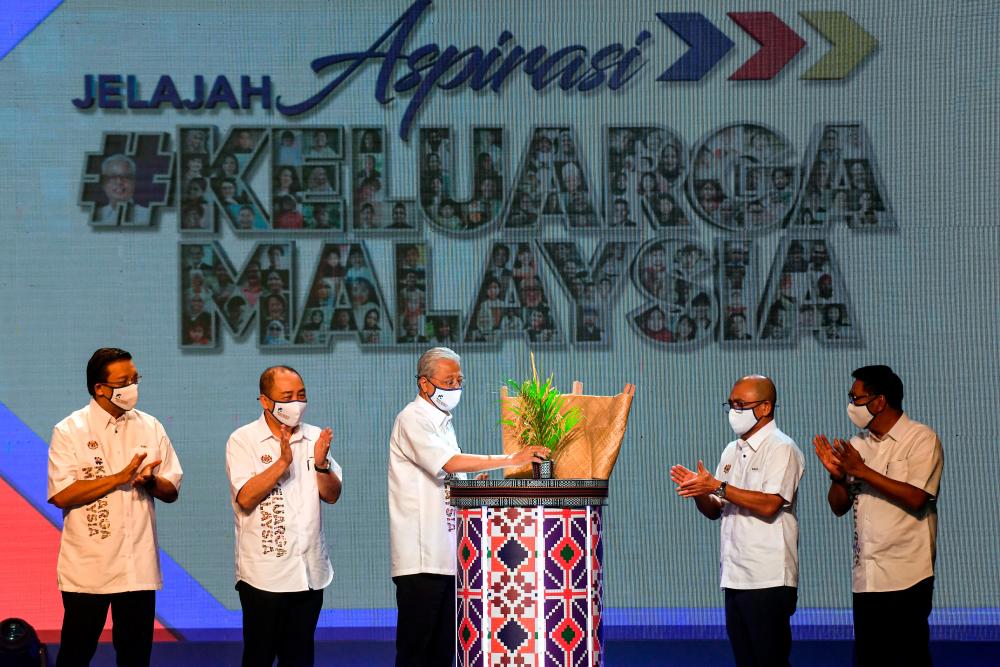 SEPANG: Prime Minister Datuk Seri Ismail Sabri Yaakob(pix) has urged the Malaysian Family to rise up and criticise the atrocities of the Zionists against Palestine to restore the rights and dignity of its people.

He said the matter is a joint responsibility of humans to act humanitarianly when a certain community is being oppressed.

“Malaysia is one of the countries which have been vocal on the issue. The atrocities against Palestinians must stop.

“In fact Malaysia views seriously the killing and brutalities carried out by the Israeli regime against the Palestinians,” he said in his speech text read by the Special Advisor to the Prime Minister, Datuk Seri Jamil Khir Baharom at the opening of the Ulama Summit 2022 here today.

The summit held for the first time has assembled 150 ulamas and scholars all over the world to discuss the issue with the theme “Solidarity for the liberation of Al-Aqsa”.

He said Malaysia views seriously the issue of atrocities against Muslims in Palestine by continuing to support and play its role in all efforts towards the well-being of Muslims.

“Malaysia would continue to play its role as a Muslim country without fear or favour and to support efforts for the solidarity and well-being of Muslims especially in liberating Al-Aqsa which is the third holiest Muslim city,” he said.

He said the commitment and stand of Malaysia for Palestine was among the matters raised at the Special ASEAN-United States Summit chaired by President Biden in Washington DC recently.

“Malaysia was vocal in calling on US to use its influence to resolve the issue which has prolonged for 74 years,” he said and added that the war had also threatened the fabric international peace.

Describing the the support of Malaysia for Palestine is not only based on religion, he said the struggle is also to assist to restore the rights and dignity of the Palestinians.

He added that the killing of a veteran Al Jazeera journalist by the Israeli army in the West Bank also showed its brutality, and even disrespected the body of Shireen Abu Akleh, 51, when Israeli soldiers pushed and hit the coffin bearers.

“This is the reality today,“ he said.

Ismail Sabri hoped that the organisation of the summit would bring Malaysia closer to a workable solution and bear fruit for the ummah and the Islamic nation.

He also prayed that Allah SWT would grant the wisdom and courage to seek justice in the era of modern human civilization, thus enabling Muslim countries to continue to fight for freedom from any form of oppression.

The three-day Ulama Summit 2022 which began today, is organised by Yayasan MyAQSA and Yayasan Dakwah Islamiah Malaysia, and it is attended by ulamas from within and outside the country.-Bernama