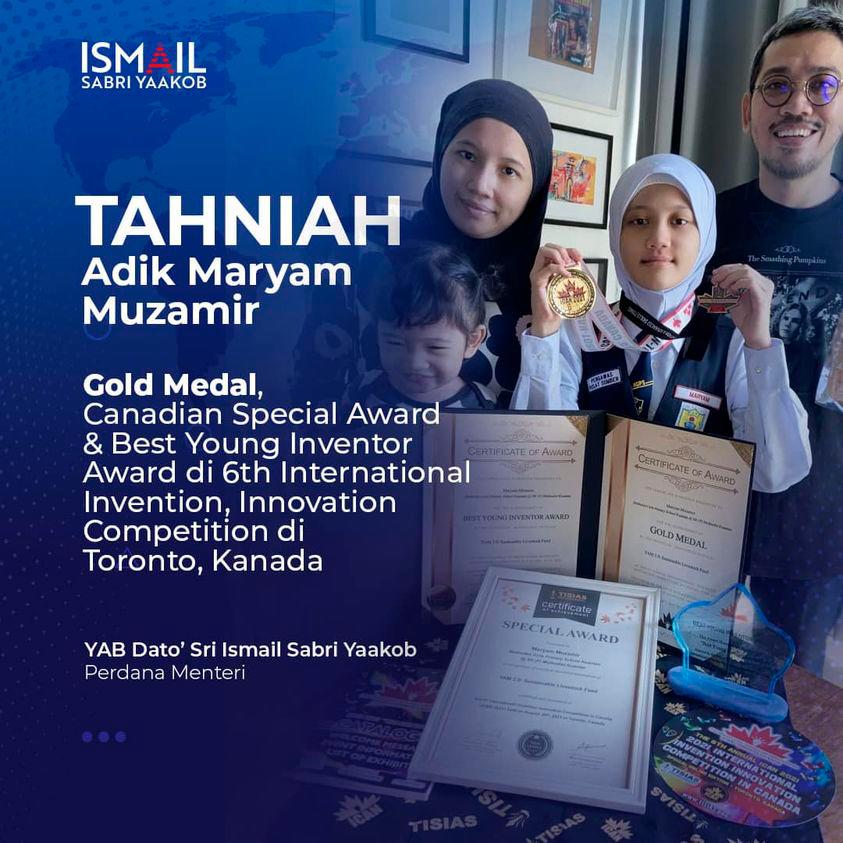 Impressed with the achievements of theYear Five student of Sekolah Kebangsaan (SK) Perempuan Methodist, Kuantan, Pahang, Ismail Sabri said he prayed that Maryam would continue to forge more success in the future.

The prime minister stated this on his social media account today.

Maryam, 11, won the largest innovation and design competition in the North American continent with her creation of animal feed using shrimp shells and snail shells.

She also made her way through the international talk-show circuit when popular television host James Corden praised her for inventing a sustainable livestock feed out of seafood shells.

Maryam not only edged out 600 other contestants from 70 countries at the sixth iCAN competition, but is also the youngest winner in the competition. -Bernama

1.Measures to prevent Covid-19 spike during Malacca election among focus in parliament today

3.US envoy says Iran nuclear deal effort is at a ‘critical phase’