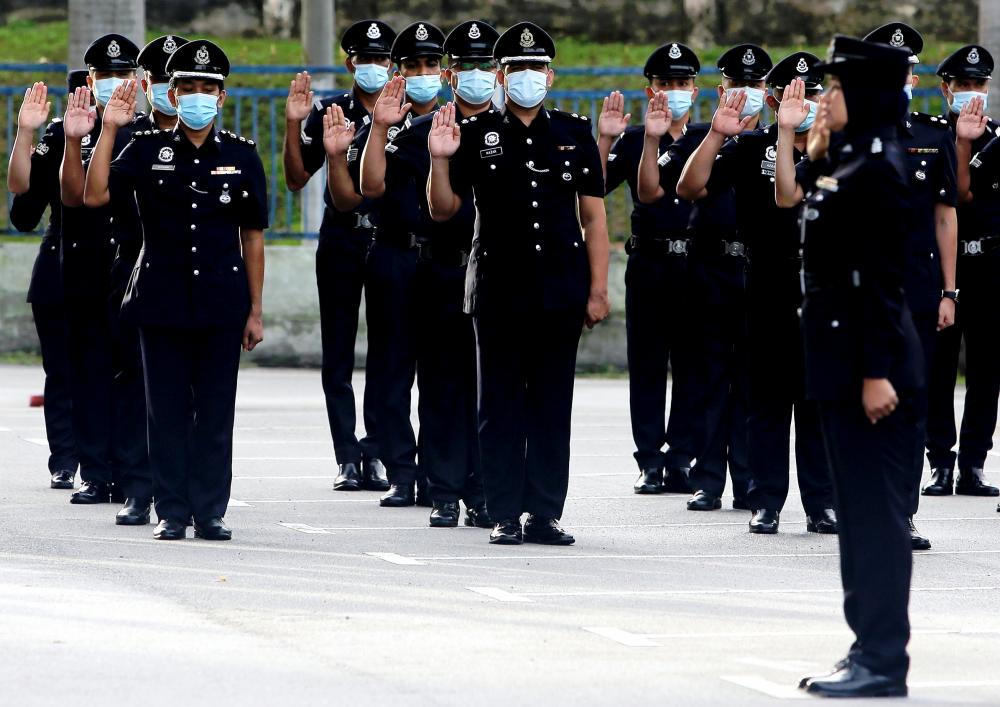 KUALA LUMPUR: Inspector General of Police Tan Sri Acryl Sani Abdullah Sani(pix) urged the police force to uphold the ideals of independence, remain vigilant and be ready to face any situation or threat, both from within and from outside the country.

He said in the past our patriotic leaders and warriors fought for the independence of the country and succeeded in gaining independence, so, now the police force is in an era of retaining peace, harmony and security of the nation to avoid any threats posed by those who may threathen our security.

The IGP said integrity and discipline cannot be comprimised when the security of the nation is at stake.

“It is very clear that integrity is the base for preparing ourselves to become strong individuals. Without integrity and discipline, we will not be able to succeed in overcoming such threats.

“We are on the right track to continue the struggles and sacrifices made in the past and when trying to uphold such values we cannot expect any returns. We can only hope that GOD the almighty will give us the strength to continue serving the force and uphold the responsibilities and patriotism to the king and country,” he said during his speech at the monthly gathering in Bukit Aman, here today.

Meanwhile, Acryl Sani hoped the Crime Investigation Departments will continue to be committed in reducing the crime rate in the country.

“At the same time, we will draft a comprehensive security plan to counter new challenges faced by the force. Among the new areas that need focus are child pornography, cyber sexual crimes, cyber bullying and human trafficking.

“Continuos prevention strategies and aggressive counter action moves are needed to combat such cases. Such action can help build a positive image for the police force. It will also earn the trust of the people,” he said.-Bernama