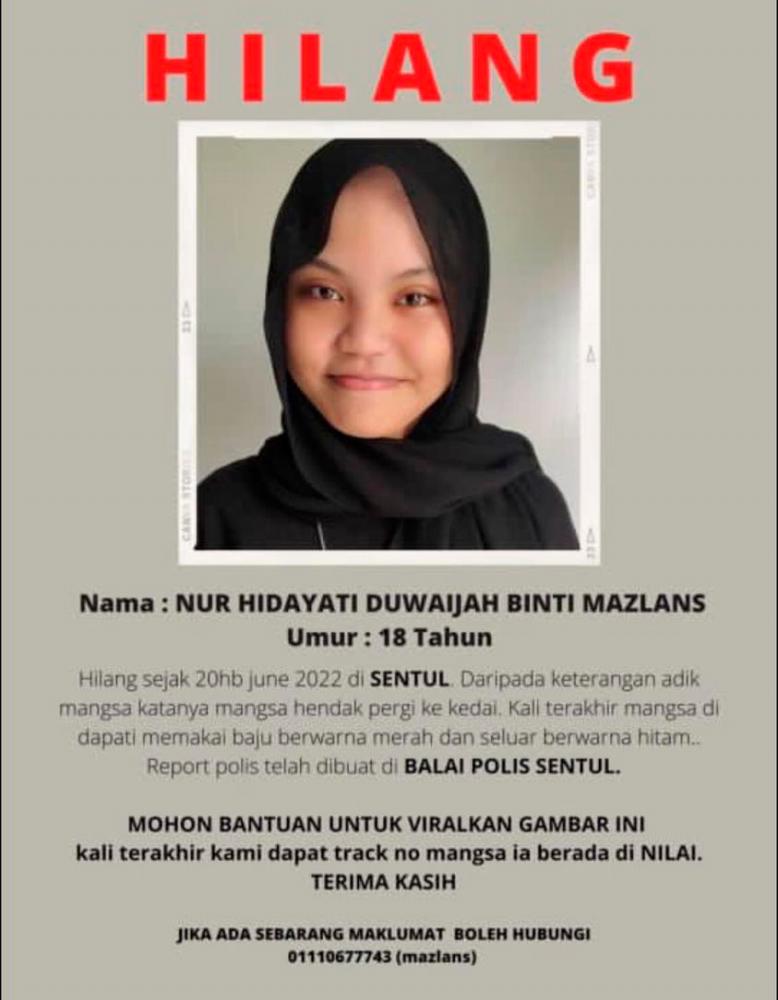 He said the police report about the 17-year-old's disappearance was lodged by her parents on June 21.

Police investigations revealed that the teen went missing after leaving her home at a condominium in Kampung Bandar Dalam here at 7.20 pm that day.

“The teen was said to have left their home to go to a shop and has not been contactable ever since,” he said in a statement tonight.

According to Beh, the teen is 145 cm in height, fair-skinned and of medium build. She has brown eyes and was last seen wearing a red coloured top and black pants. Her disappearance has also been posted through Nur Alert.

He urged those with information about the missing teen to contact the investigating officer, Insp Noramalina Md Jamil at 017-3185868 or the Sentul district police headquarters operations room at 03-40482222.-Bernama 2.Soldier makes brief descent into Mexico mine where workers trapped