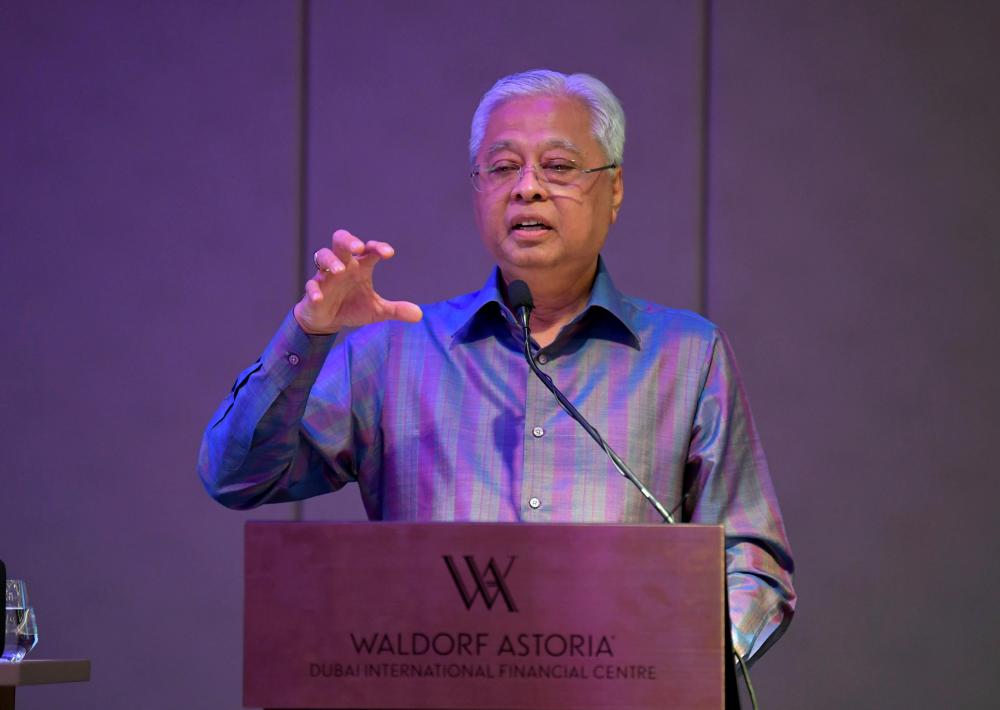 He emphasised that political stability is crucial for the economy, with the gross domestic product (GDP) projected to grow by between 5.5 per cent and 6.5 per cent this year, compared to the contraction of 5.6 per cent in 2020.

“Foreign direct investments had also increased from RM14.6 billion in 2020 to more than RM50 billion in 2021, while trade is also surpassing its target.

“The unemployment rate was also reduced in 2021 -- the target was to provide 500,000 jobs but we were able to provide 580,000 jobs for the people, and we aim to provide 600,000 jobs this year,” he said during the ‘United Arab Emirates (UAE) Keluarga Malaysia Dinner with the Prime Minister’ here on Wednesday.

The prime minister said Malaysia is currently on the right track to seek for new investments on the back of the current political stability.

He said that during his visit to several Asean countries, Malaysia was able to secure new investment commitments from countries such as Vietnam, Cambodia and Thailand.

Ismail Sabri also added that his recent visit to Qatar saw Malaysia being able to secure investments worth RM5.4 billion, in addition to opportunities for Petronas to participate in gas projects.

“Malaysia has secured RM70 billion worth of potential value for trade, investment and business leads via the Dubai Expo, which will boost our economy and create jobs.

“This is the advantage of having political stability as investors will definitely not be interested in investing without it,” said Ismail Sabri.

Meanwhile, the prime minister said Malaysia’s capability to control the spread of the Covid-19 pandemic enabled the reopening of the nation’s borders starting April 1.

‘With the reopening of the borders, the momentum of our economic growth will increase, and the tourism industry will be able to contribute highly to the nation’s income,” he said. 2.Palestinians hand bullet that killed Al Jazeera journalist to US

4.Afghan clerics vow loyalty to Taliban, but no word on girls’ schooling