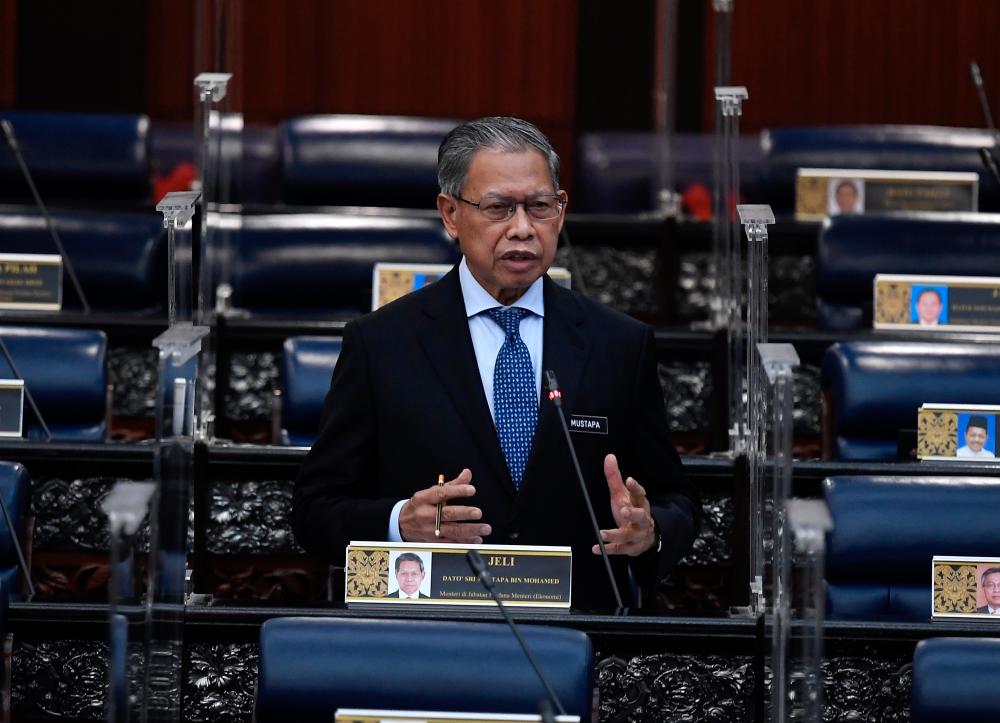 KUALA LUMPUR: Fifty localities will be identified by the Implementation and Coordination Unit (ICU) in mid-December for the first phase of the poverty eradication programme using the whole of nation approach, said Minister in the Prime Minister’s Department (Economy), Datuk Seri Mustapa Mohamed(pix).

He said each locality will be verified with the cooperation of the state government at the end of the year before programmes and strategies are formulated based on the needs according to the suitability of each locality in January next year.

“This new approach will be reviewed every three months to make sure effective intervention if the achievement is found not to be satisfactory,” he said at the Ministers’ Question Time session in the Dewan Rakyat today.

He was replying to a question from Chang Lih Kang (PH-Tanjong Malim) on the strategies and action plan taken by the government in achieving the target of zero hardcore poor by 2025 as stated in the 12th Malaysia Plan (12MP).

Hardcore poor is defined as households earning RM1,169 per month and below, based on the cost of purchasing basic food, for households with four family members.

Mustapa said apart from the 50 selected localities, the existing programme for other groups and families nationwide will be continued.

‘Under the 12MP, a comprehensive strategy covering economic, entrepreneurship, education and health projects and programmes will be implemented to eradicate hardcore poverty by the year 2025,” he said.

He also said that the eradication of hardcore poor will be implemented regardless of gender, ethnicity, socioeconomic status and location, whether urban or rural.

To ensure a more focused implementation, Mustapa said a Poverty Unit was established under the Economic Planning Unit, Prime Minister's Department on Nov 8, apart from several states taking the initiative to establish their respective poverty units at the state and district levels.-Bernama