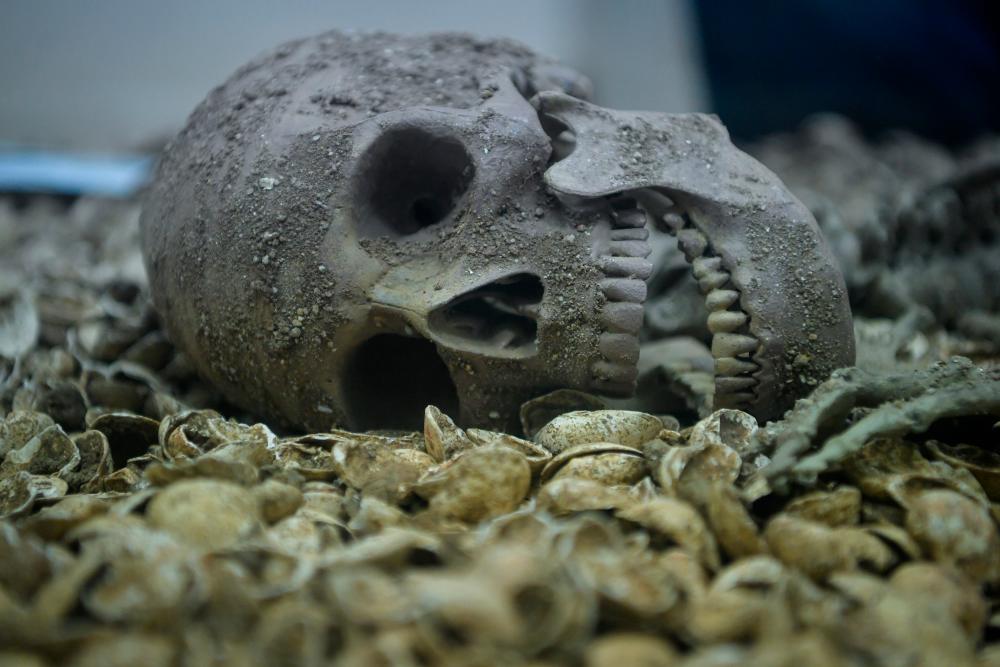 GEORGE TOWN: A face has finally been put to the prehistoric Penang Woman, a 5,000-year-old human skeleton that was unearthed during an excavation in Guar Kepah, Kepala Batas near here, with the breakthrough of a face sketch that was completed on July 5.

The sketch was accomplished through the Forensic Facial Approximation (FFA) method based on her skull by a group of researchers from Universiti Sains Malaysia (USM) and 3D design expert Cicero Moraes from Brazil who is often quoted as a reference in the field of forensic facial reconstruction in his country -- five years after it was found.

The article on this achievement was published in a journal of Applied Sciences, https://www.mdpi.com/journal/applsc on Aug 5, where the same group had previously successfully produced a sketch of Perak Man's face using the 3D virtual reconstruction method last year.

A USM researcher, who is also a correspondent writer for the journal, Shaiful Idzwan Shahidan said the study was carried out by seven USM researchers led by Dr Johari Yap who is a lecturer in Oral and Maxillofacial Radiology at the USM School of Dental Sciences.

Shaiful Idzwan, who was contacted today, said the Penang Woman is a priceless and very significant heritage object for the Guar Kepah archaeological site and is the only Guar Kepah skeleton which is the 42nd skeleton found by Malaysian researchers on April 19, 2017, and is kept in Penang.

“The solitary Penang Woman skeleton was found under Bukit Kerang which is a mound of shells about seven metres high, by Malaysian researchers, that we need to preserve for the sake of common heritage.

“She is estimated to have died when she was 30 to 35 years old, straddling a height of around 150 cm and tests on the skeletal tissue also concluded that this human consumed a lot of protein from seafood or rivers,“ he said.

He said it took him three to four months to get the dimensions of the Penang Woman's face by going through several processes including a computerised tomography scan (CT Scan) at the USM Hospital in Kubang Kerian, Kelantan.

Shaiful Idzwan said he then used the FFA method to identify and reconstruct the Penang Woman's face before a sketch of her face was completed on July 5.

Based on the Penang Woman's face, he estimated that she was from a mixed group or race of Australomelanesoid (typical of the native people) and Mongoloid.

“The revelation of the shape of the Penang Woman’s face is also one of the important clues that show that more than 5,000 years ago, there was a mixing of two racial groups living at that time in the Guar Kepah area,“ he said.

Meanwhile, according to him, he also hopes that 41 more skeletons found in Guar Kepah that were brought to the Netherlands can be brought back by the state government to Penang for research purposes.

“If the skeletons found in Guar Kepah can be brought back here, we can learn more about the groups and the way of life of prehistoric people at that time,“ he said.

Guar Kepah in Kepala Batas is the first prehistoric site in the peninsula to be excavated for study since 1863, about 162 years ago.

Those who are interested in seeing the actual archaeological site and the Penang Woman replica can go to the Guar Kepah Archaeological Heritage Gallery while the original skeleton is preserved (and located) at USM for study because it needs to be stored in a controlled environment of temperature and humidity.-Bernama Speedy Tigers come from behind twice to beat France 4-2

1.Ringgit opens flat against US dollar

5.Speedy Tigers come from behind twice to beat France 4-2