Press freedom should be in line with principles of truth, justice - Saifuddin Abdullah 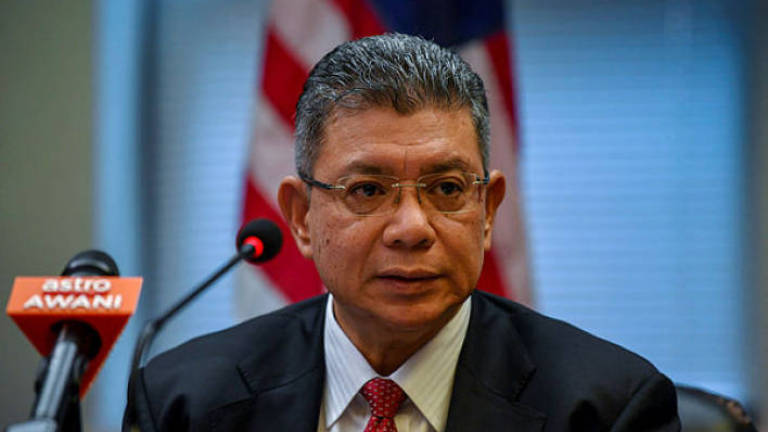 KUALA LUMPUR: The government is committed to upholding the freedom of the press, while keeping it in line with the principles of truth and justice, said Communications and Multimedia Minister Datuk Saifuddin Abdullah (pix).

He said that in the era of the 21st century information technology, the role of the press is not only to disseminate accurate information, but also to protect the public from spreading false information that could threaten the country’s stability and harmony.

“I am proud of Malaysia’s achievement in the Reporters Sans Frontières (RSF) world press freedom index, where she soared 22 spots to rank at 101 out of 180 countries.

“We must strive not only to improve the country’s position in the international index, but to place the role of the press in a participatory approach with other stakeholders, namely the government, business and the civil society as development partners,“ he said in a statement today.

In wishing journalists and media practitioners in the country a happy World Press Freedom Day, Saifuddin expressed his appreciation to them for having been the key pillar in bringing the latest and authentic information to the society.

He also reminded them of their responsibility to uphold the principles and ethic in journalism in performing their duty.

World Press Freedom Day was proclaimed by the United Nations General Assembly in 1993. Since then, it is celebrated on May 3 every year to raise awareness on the importance of press freedom.

The theme for this year’s World Press Freedom Day is ‘Journalism without Fear or Favour’. -Bernama